The Green and the Gold 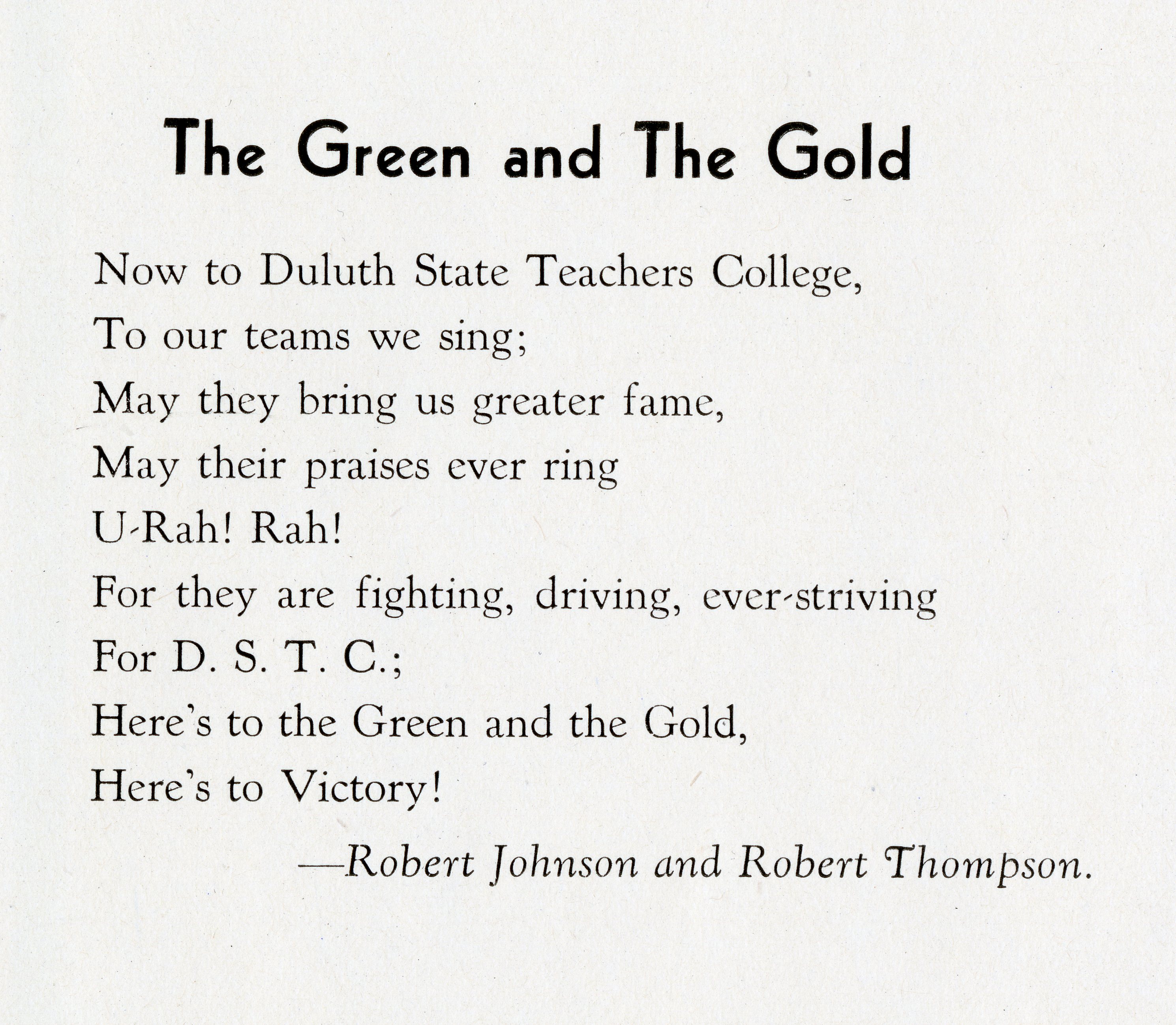 When intercollegiate athletics began at Duluth State Teachers College in 1929, the athletes were simply referred to as the Green and Gold or the Green Wave after the original college colors. The teams were also informally nicknamed the Peds, short for pedagogues, an antiquated term for teachers.

Right: “The Green and The Gold,” written by Robert Johnson and Robert Thompso 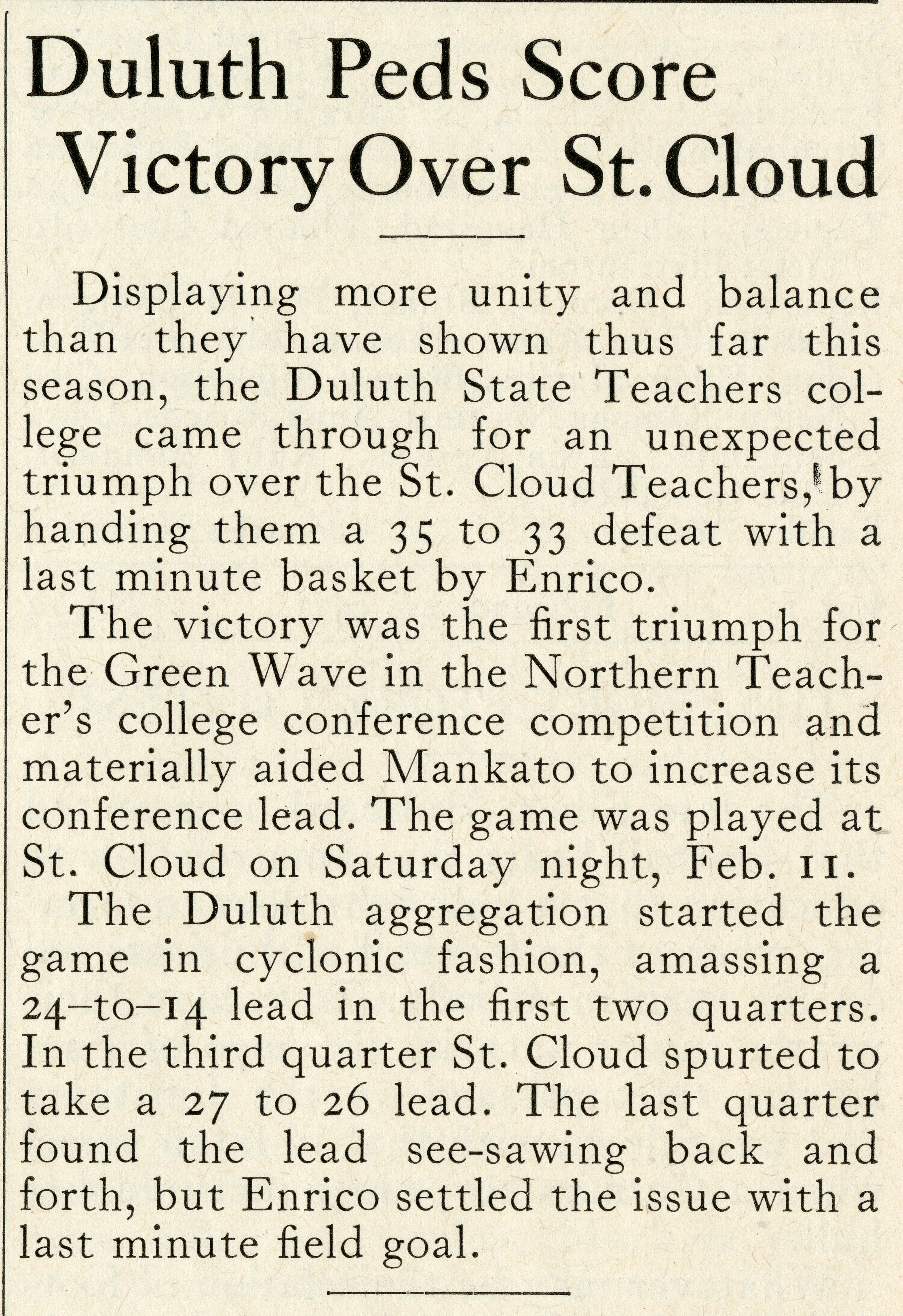 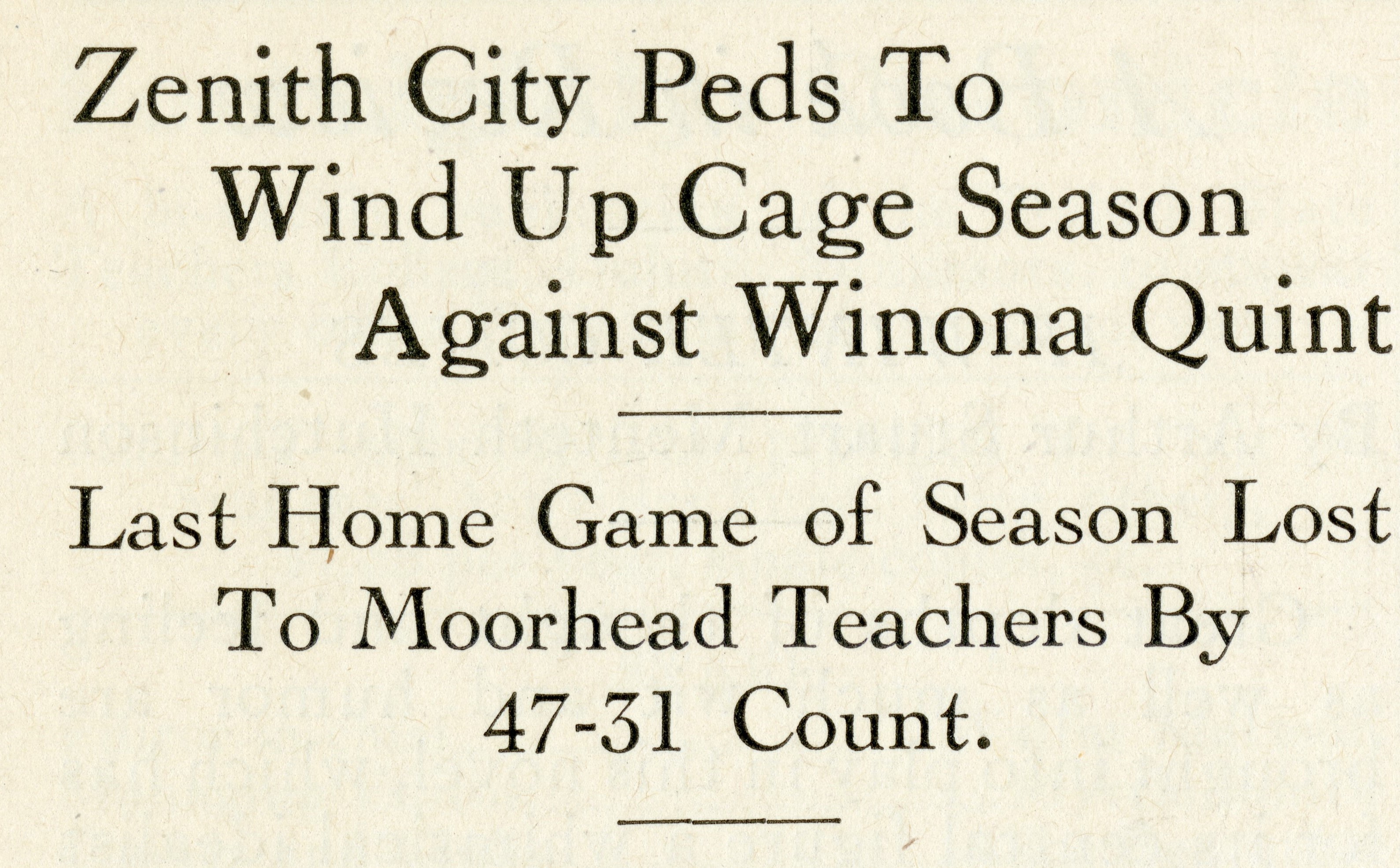 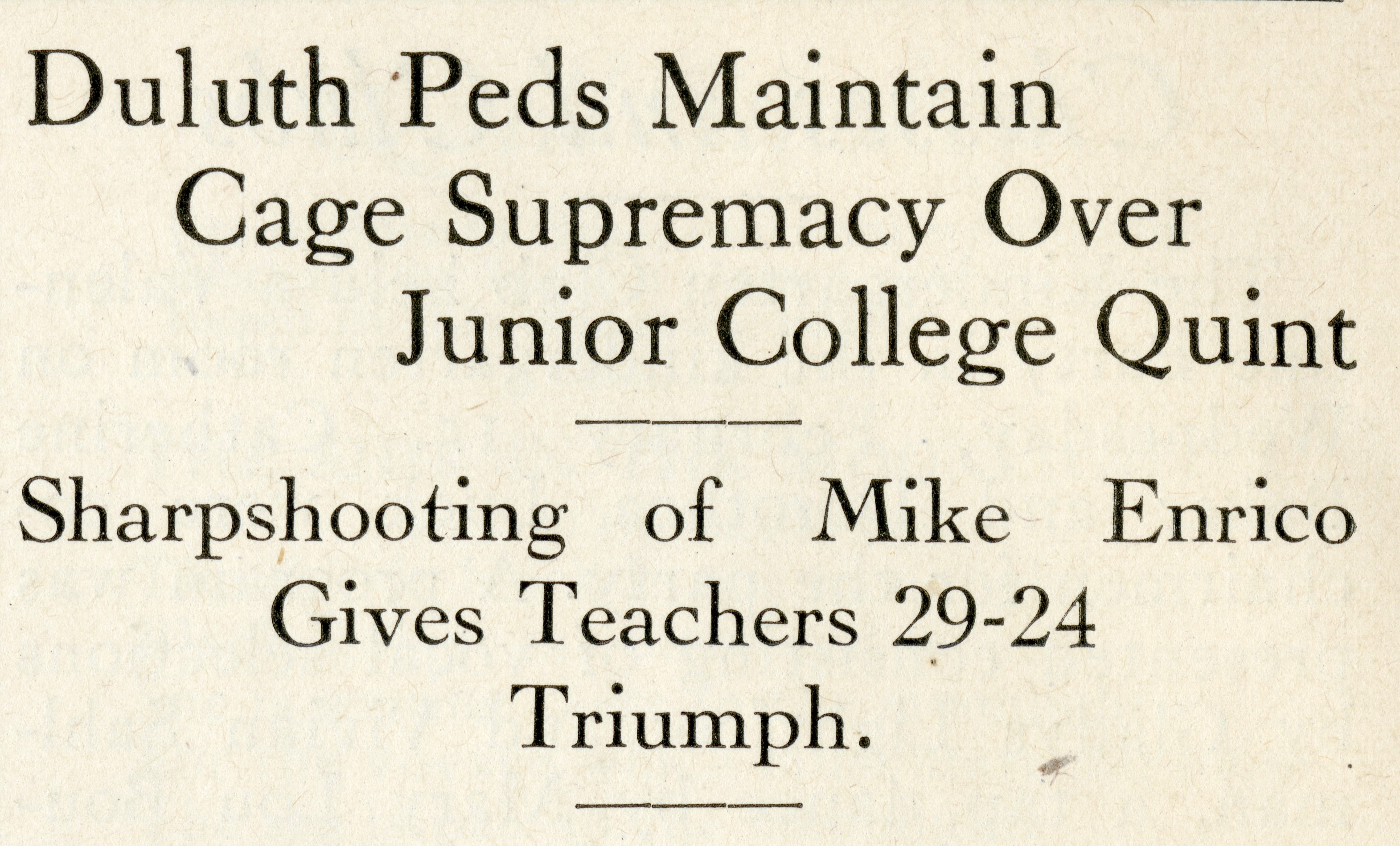 These headlines from the February 21, 1933, Fortnightly Chronicle (predecessor to the Statesman) refer to the DSTC basketball team as the Peds.

Legend says UMD’s current athletic nickname arose because football players thought their teammate, John “Jack” O’Hehir, resembled a bulldog. One issue of the Fortnightly Chronicle called him Jawhn, a nod to his bulldoggish head. The spring football team decided to officially call themselves the Bulldogs, a name that first appeared in the Fortnightly Chronicle on May 3, 1933.

The Bulldog Faces a Challenge

Some students wanted to send the UMD Bulldog to the pound in 1956. They seemingly grew tired of the nickname and sought one with a stronger connection to northeast Minnesota. Falcons, Norsemen, Voyageurs, and Zeniths were other suggestions. The secretary of the Rocky Mountain Siberian Husky Breeders Association somehow got wind of the situation and wrote a letter to the editor of the Statesman in support of calling UMD athletic teams the Huskies. He even offered to send a Siberian husky as a mascot. However, students overwhelmingly voted to retain the Bulldog in 1957.