UMD’s first official bulldog logo was introduced during the 1969-1970 school year. Previous bulldog images varied greatly and were seldom used consistently. The new logo was a bulldog head that was often given a body for football, hockey, and basketball. 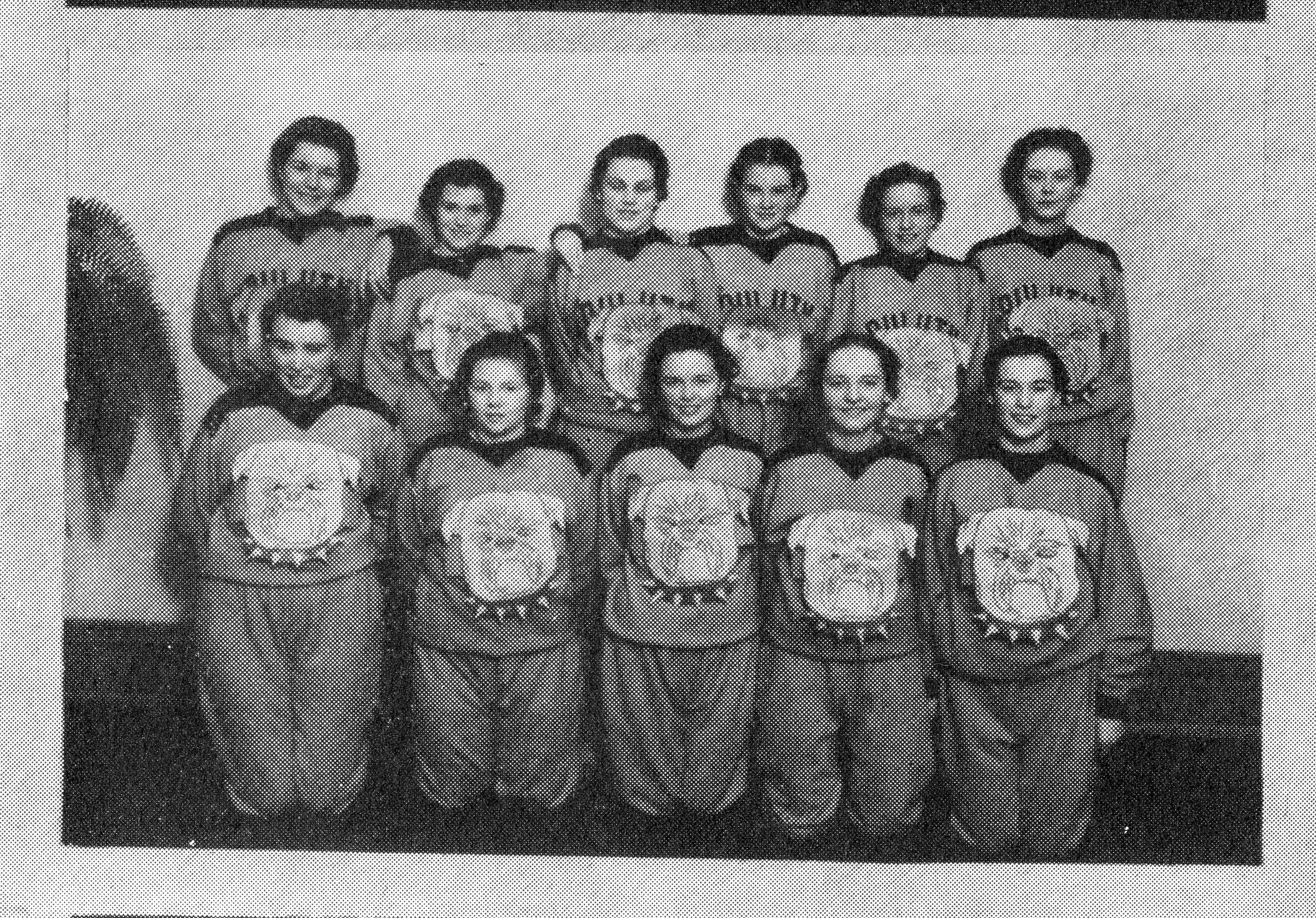 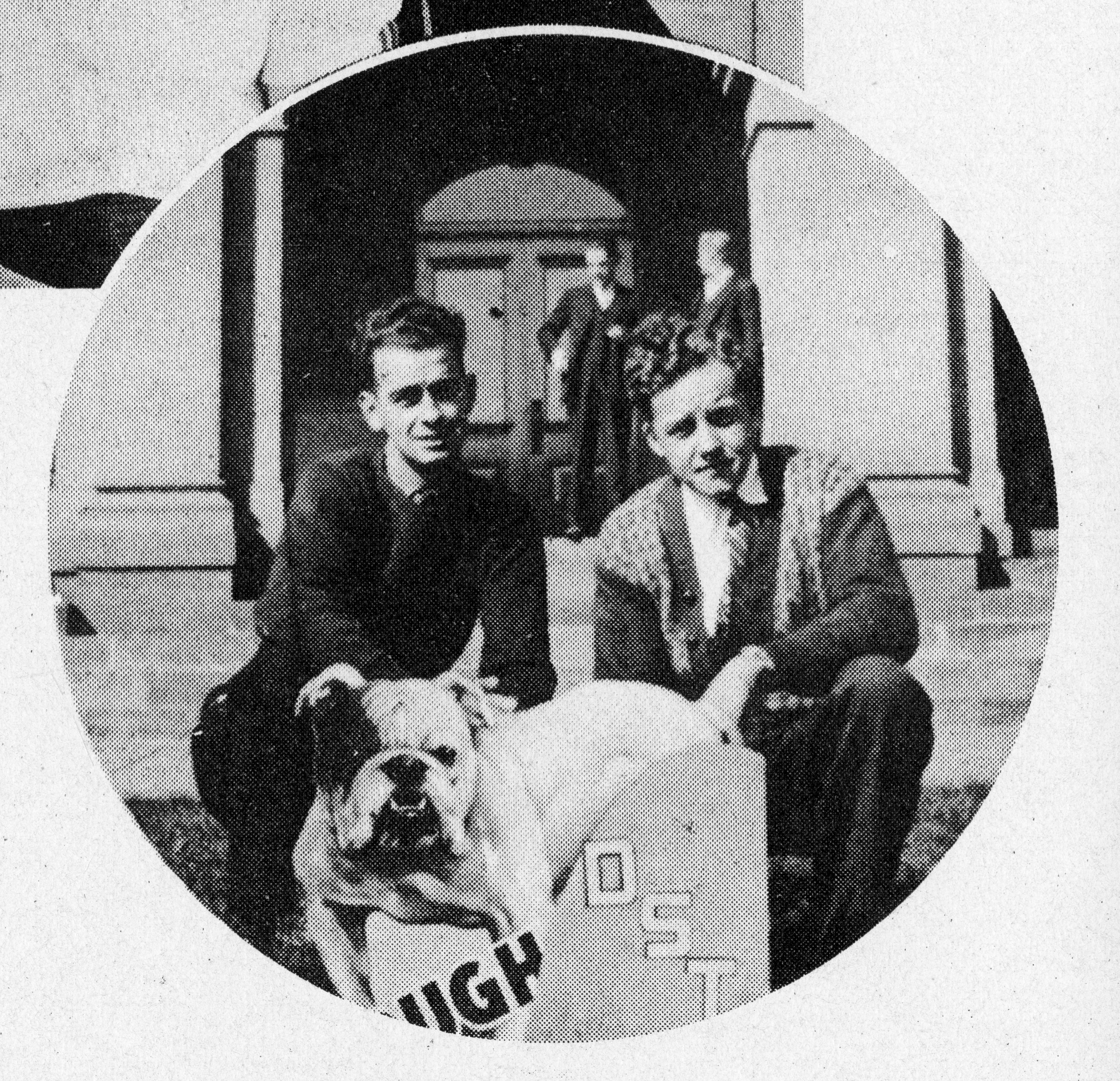 Members of the Barkers pose with a bulldog sign. The Barkers were a pep club that worked to instill school spirit and assisted with pep assemblies, cheerleading, and Homecoming. This photo appeared in the 1940 Chronicle. 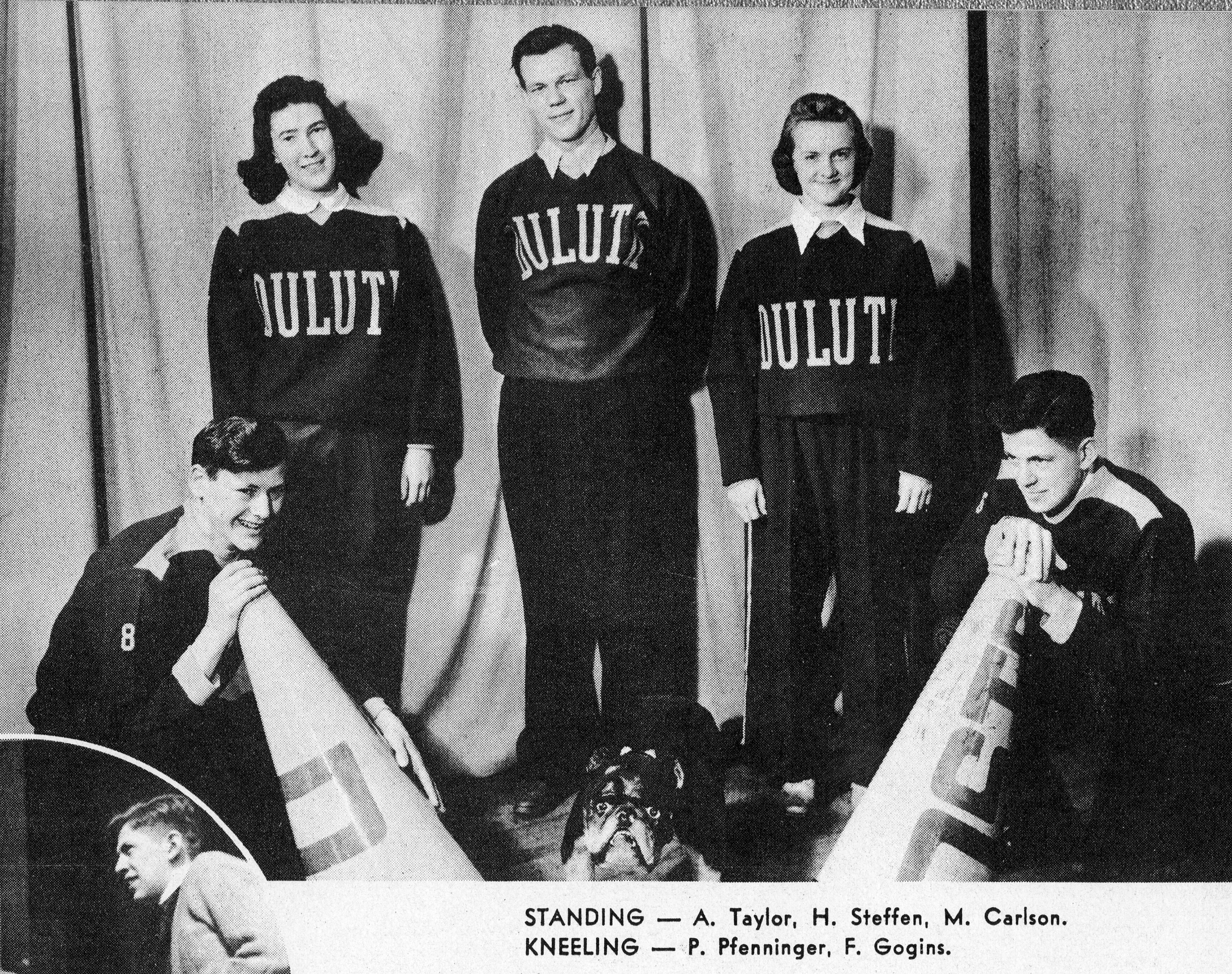 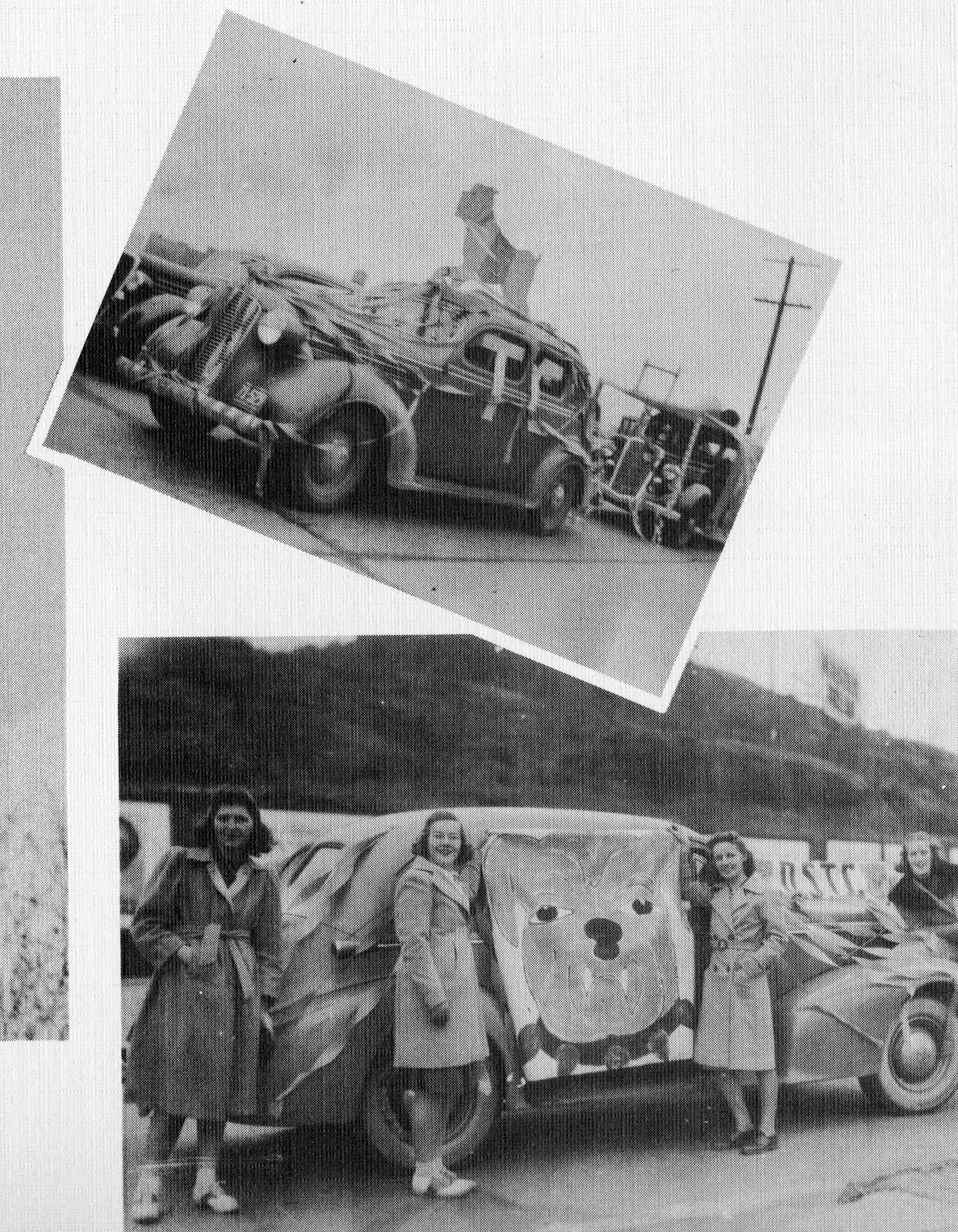 The 1940 Homecoming parade featured sedans decorated with streamers and painted bulldogs. This photo appeared in the 1941 Chronicle. 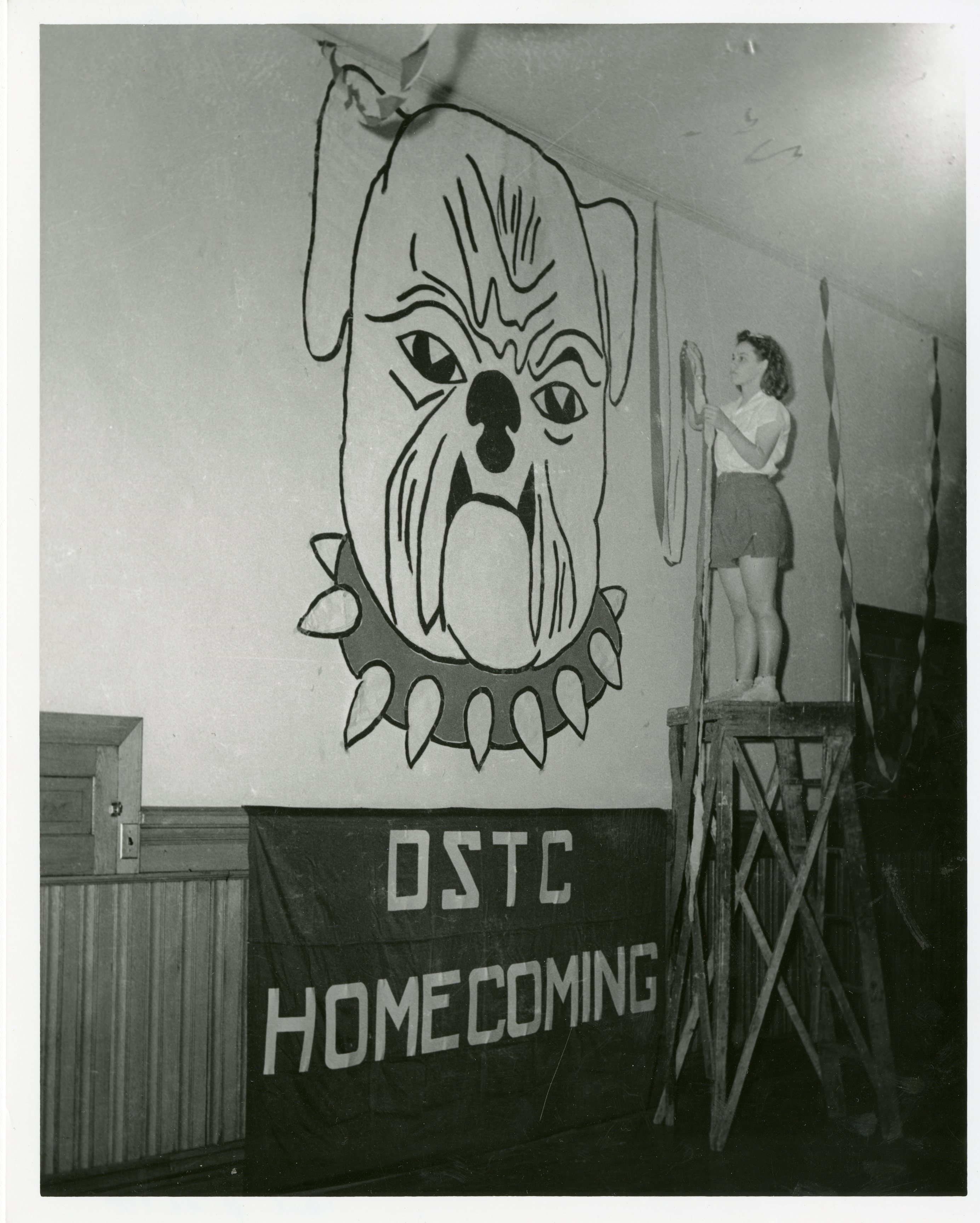 A student hangs green and gold streamers next to a bulldog painted on a wall for a 1940s Homecoming. 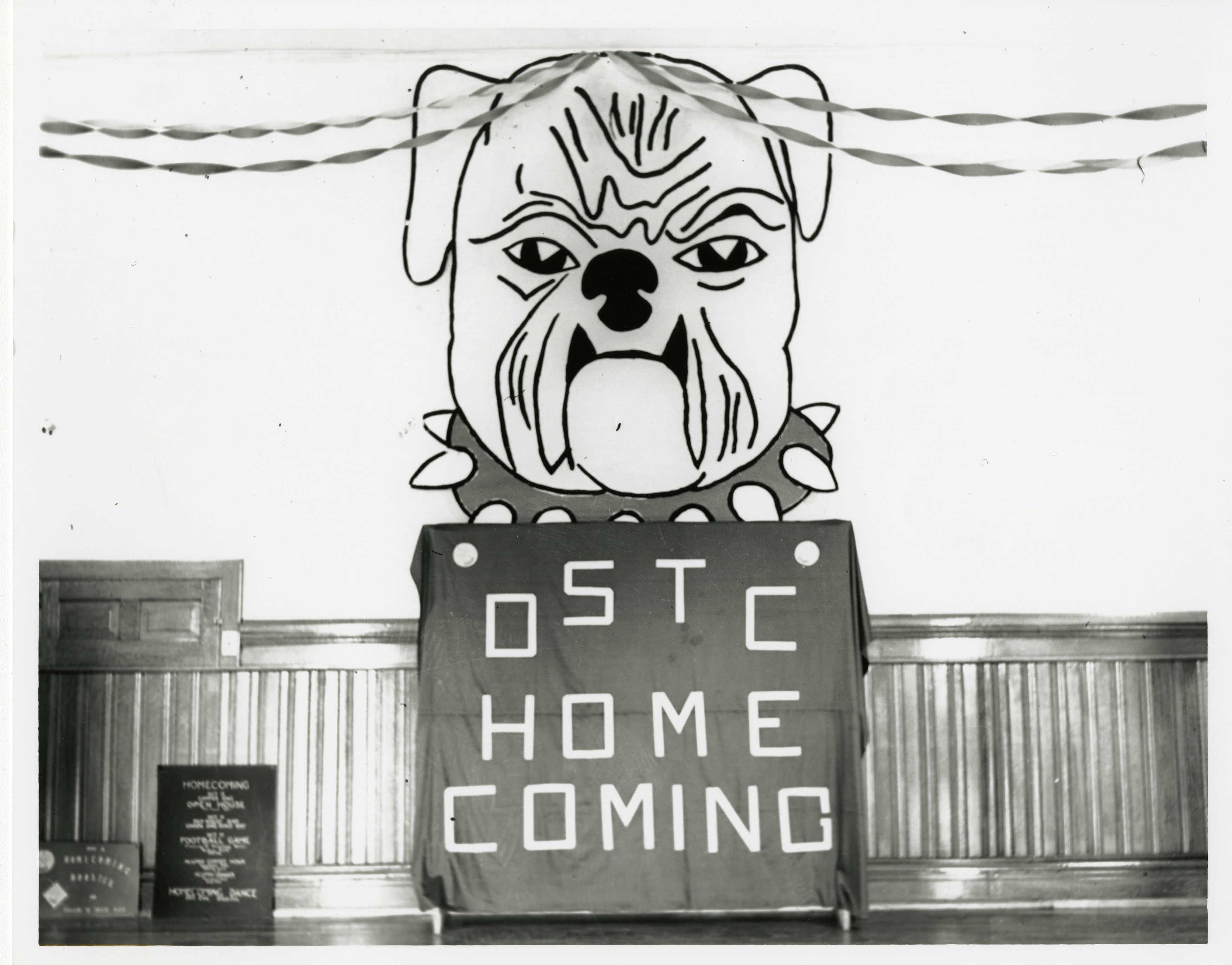 The DSTC bulldog adorned with streamers for a 1940s Homecoming at Old Main. 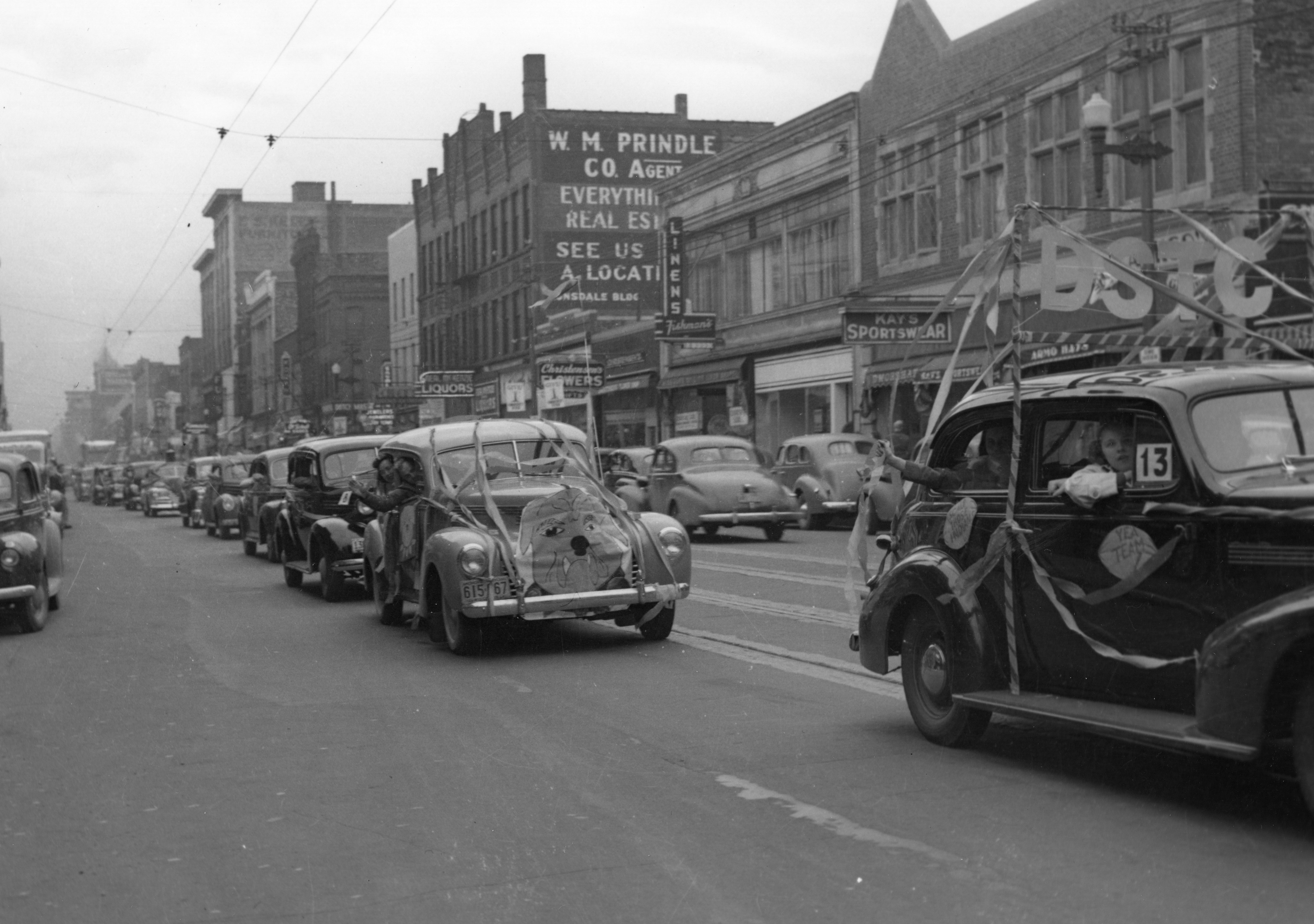 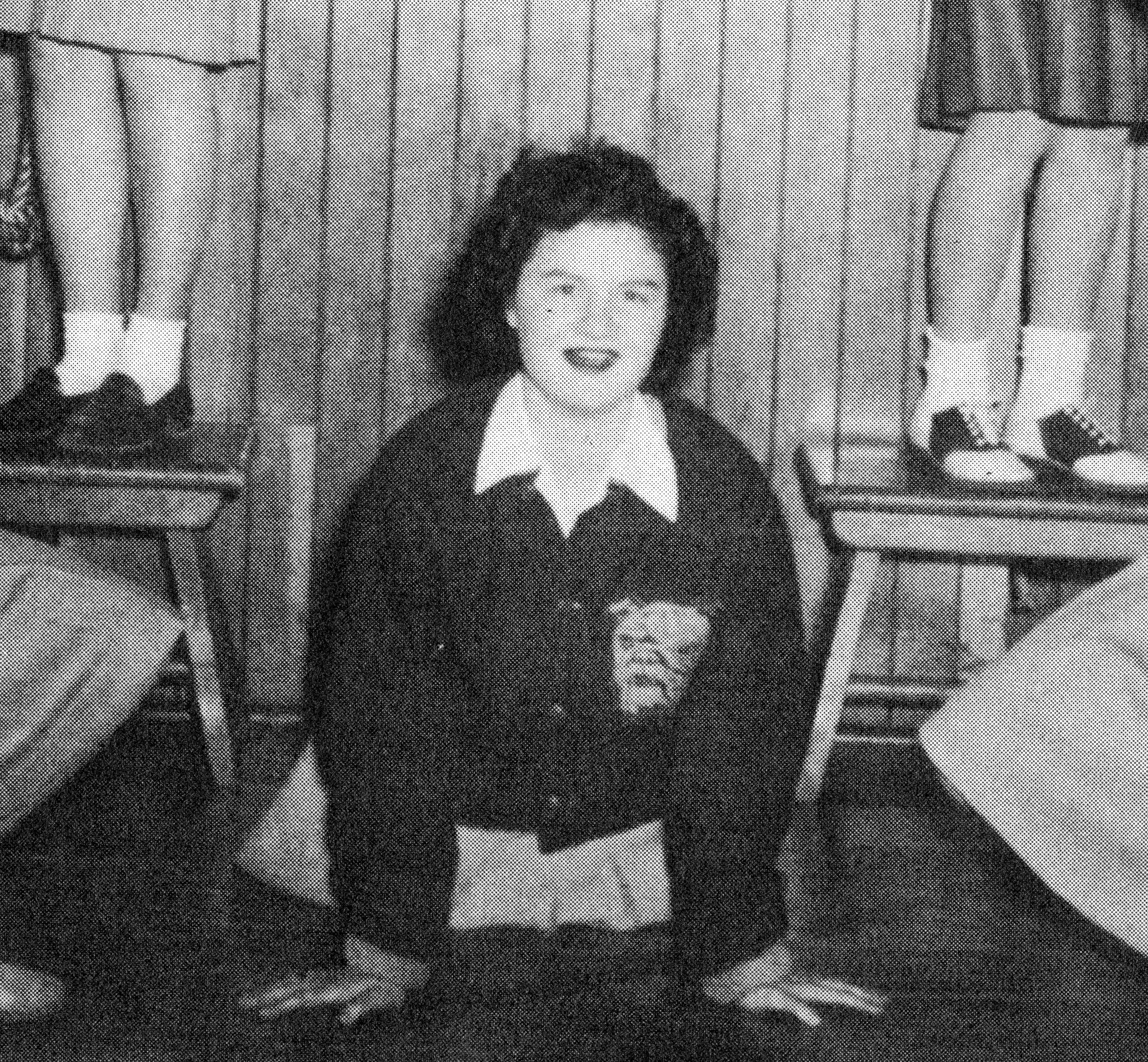 This cheerleader’s sweater had a bulldog patch on the chest. This photo appeared in the 1946 Chronicle. 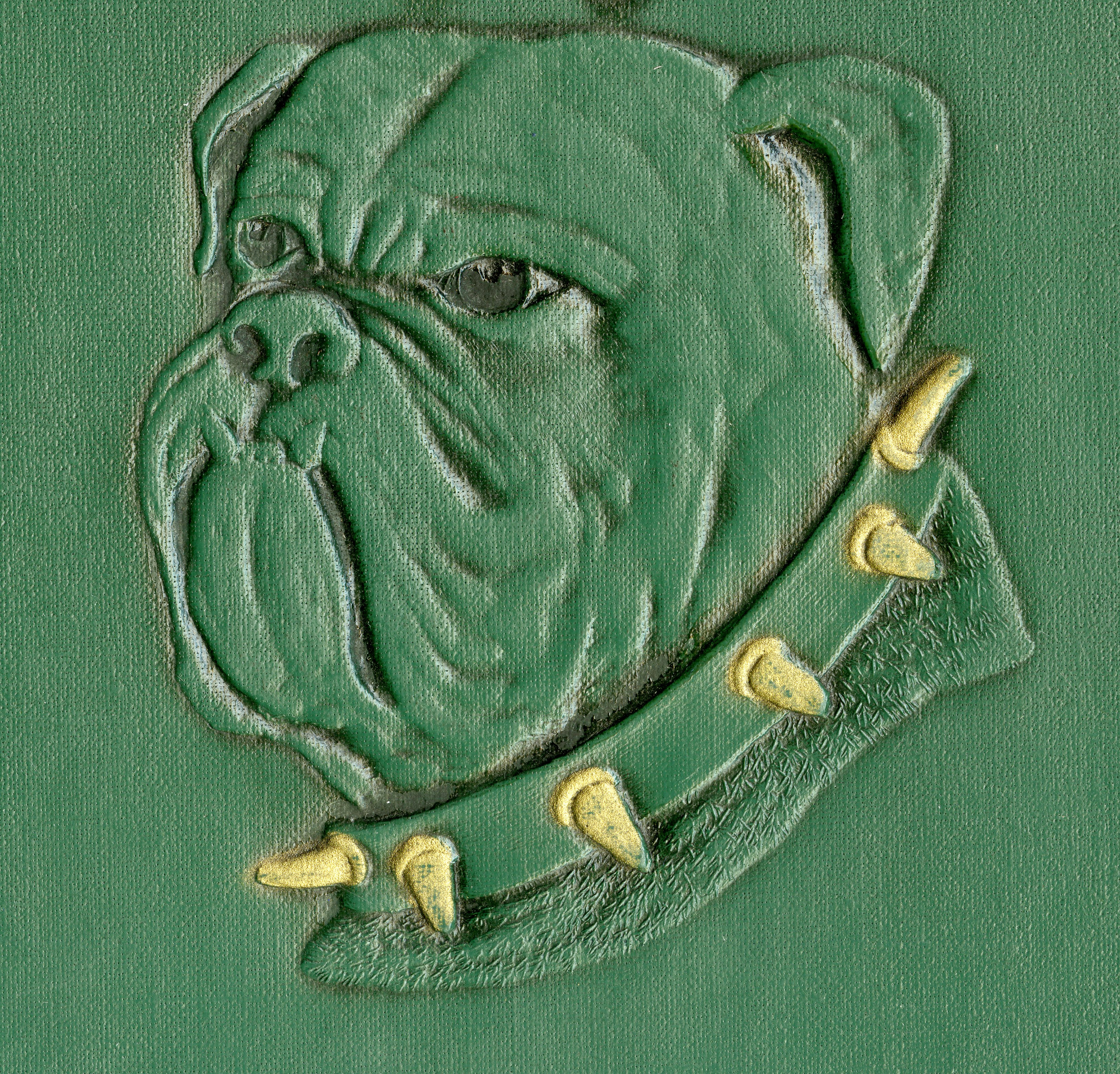 This bulldog, in the DSTC colors of green and gold, was on the cover of the 1947 Chronicle yearbook. 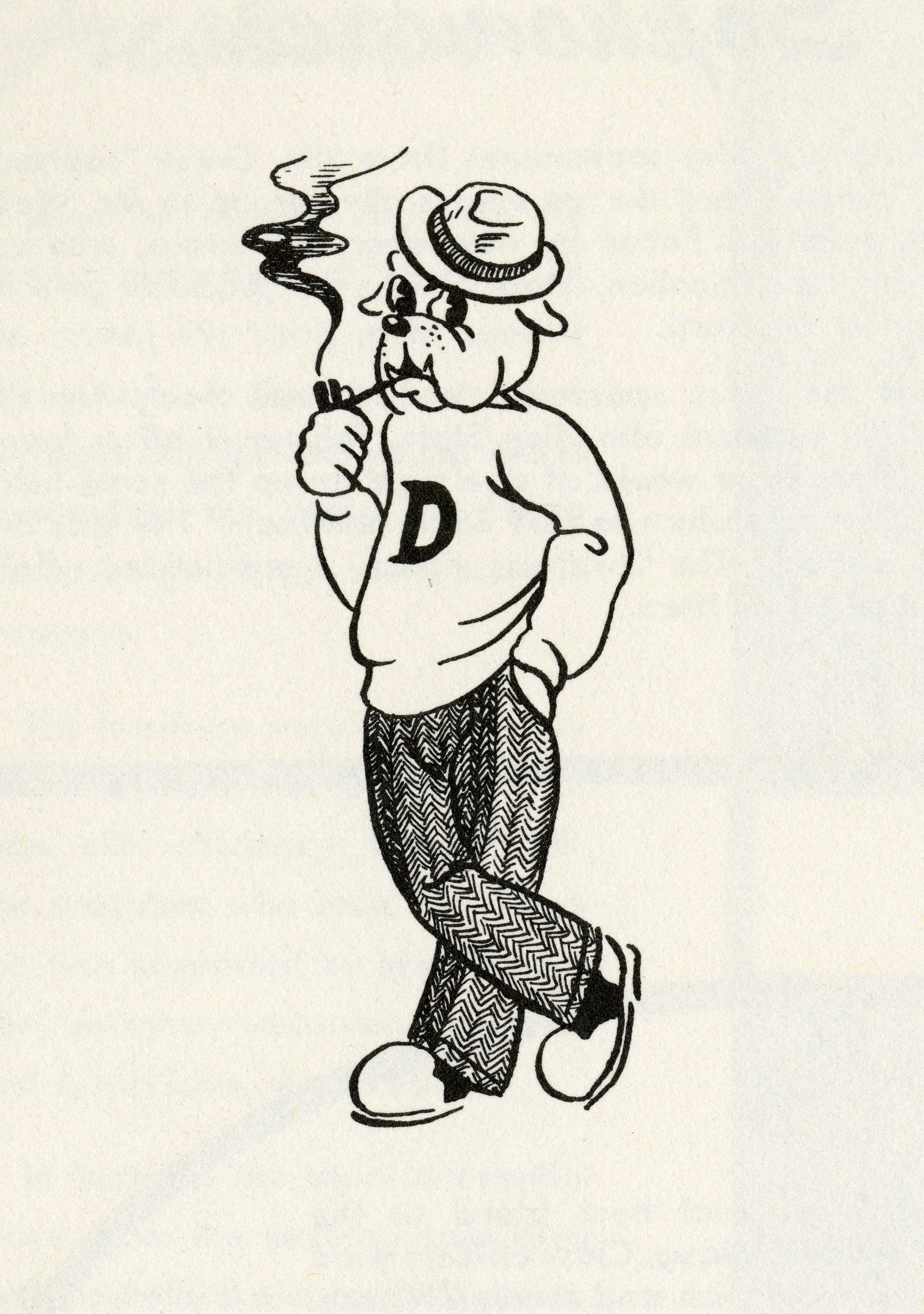 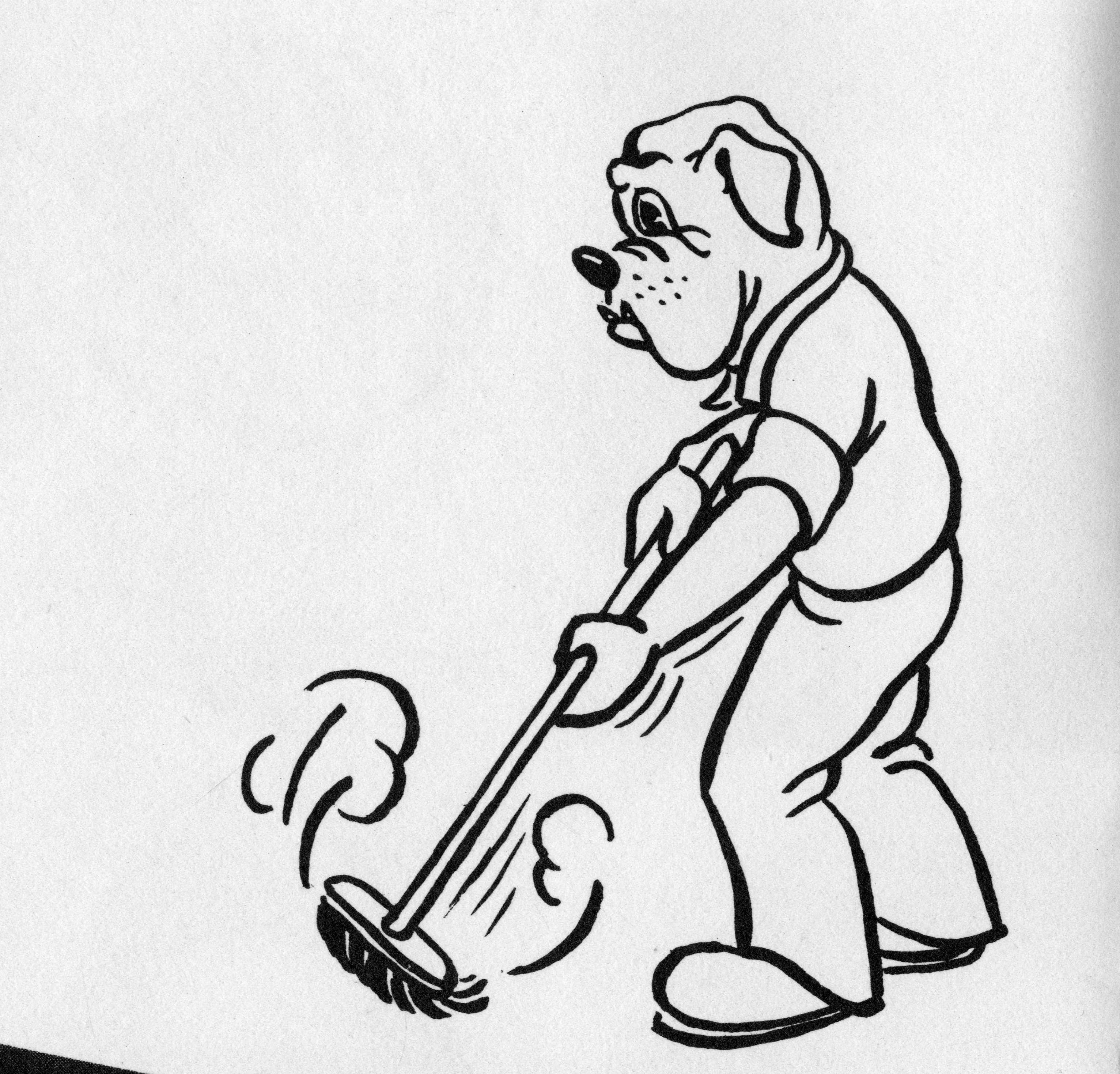 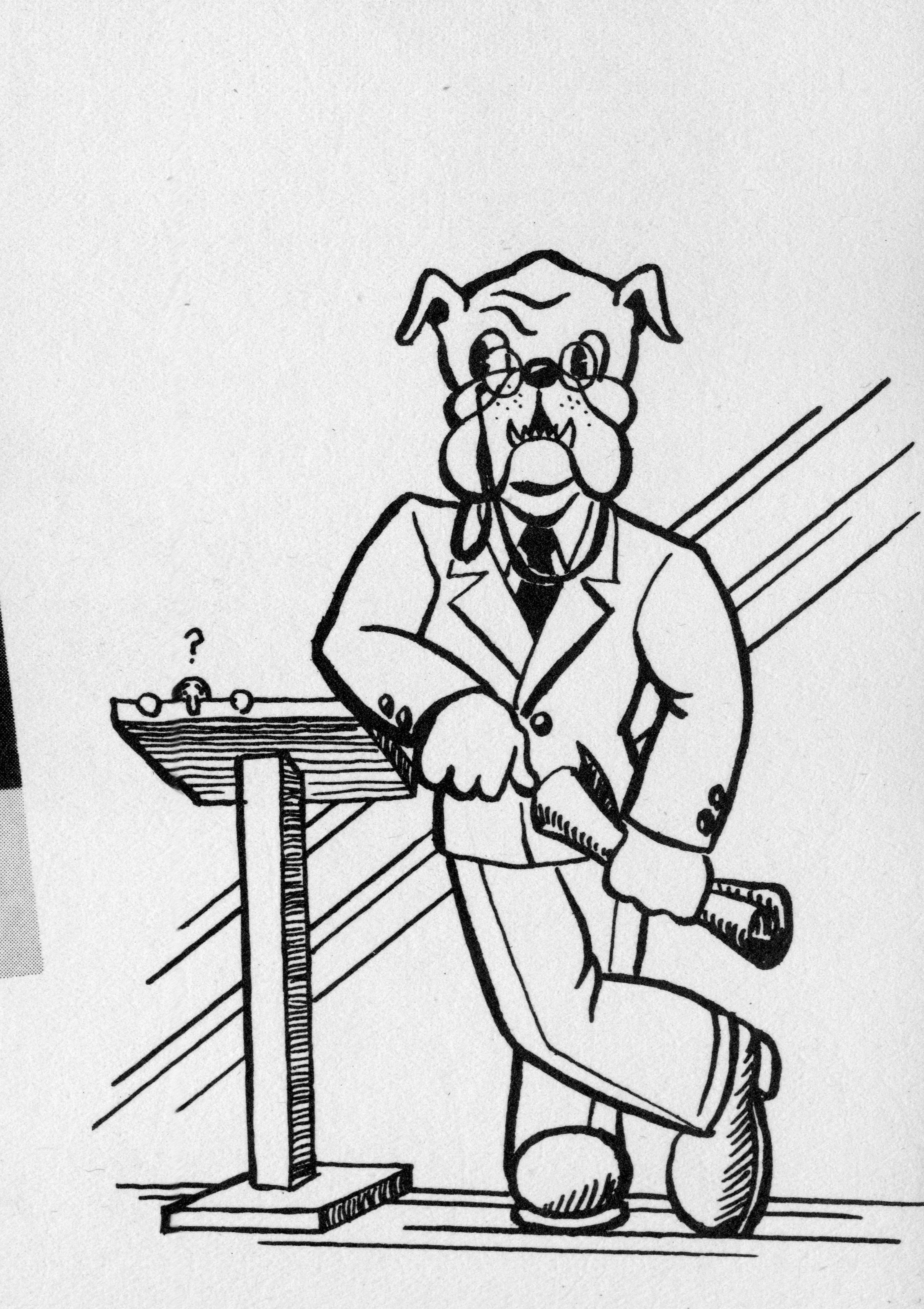 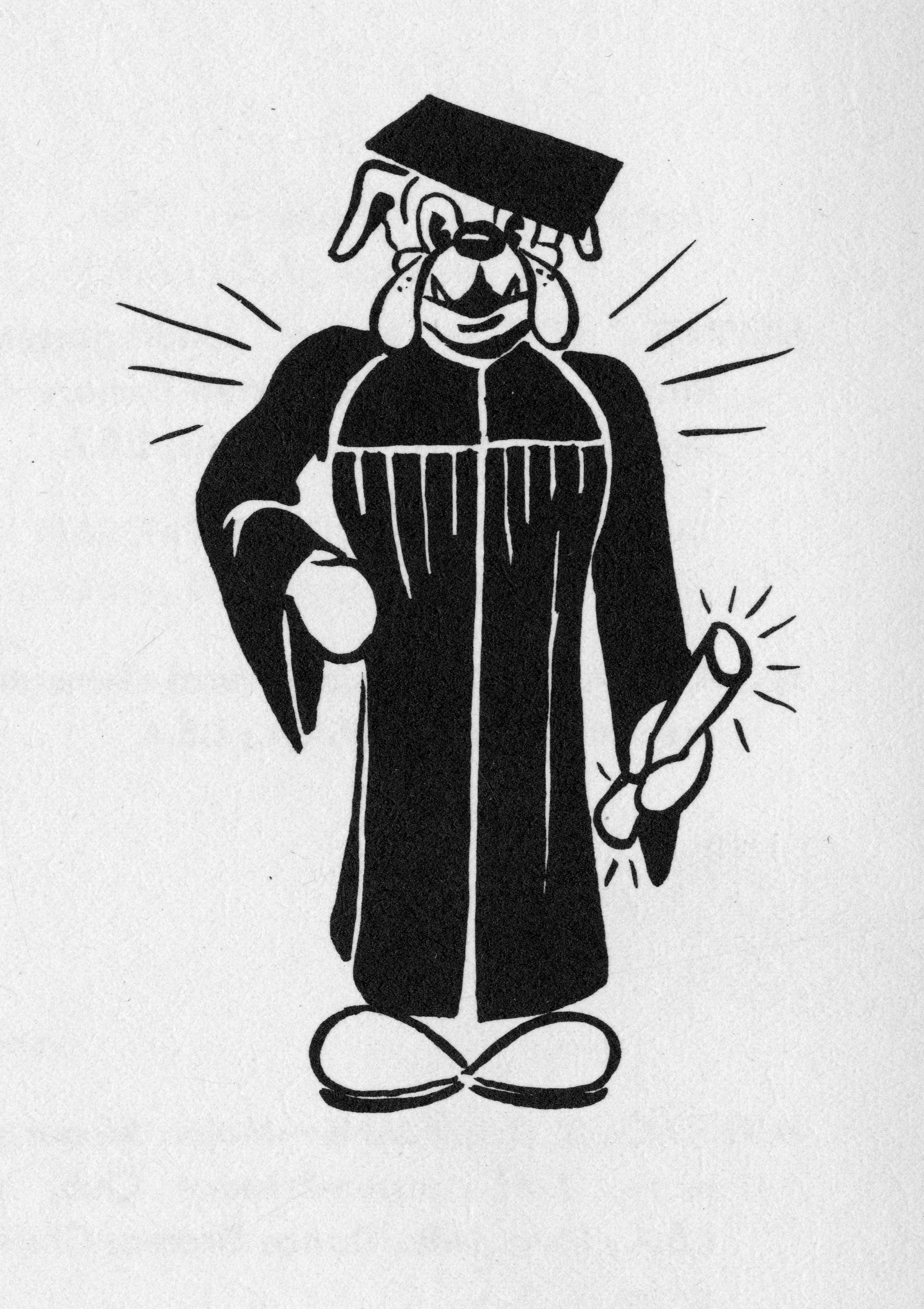 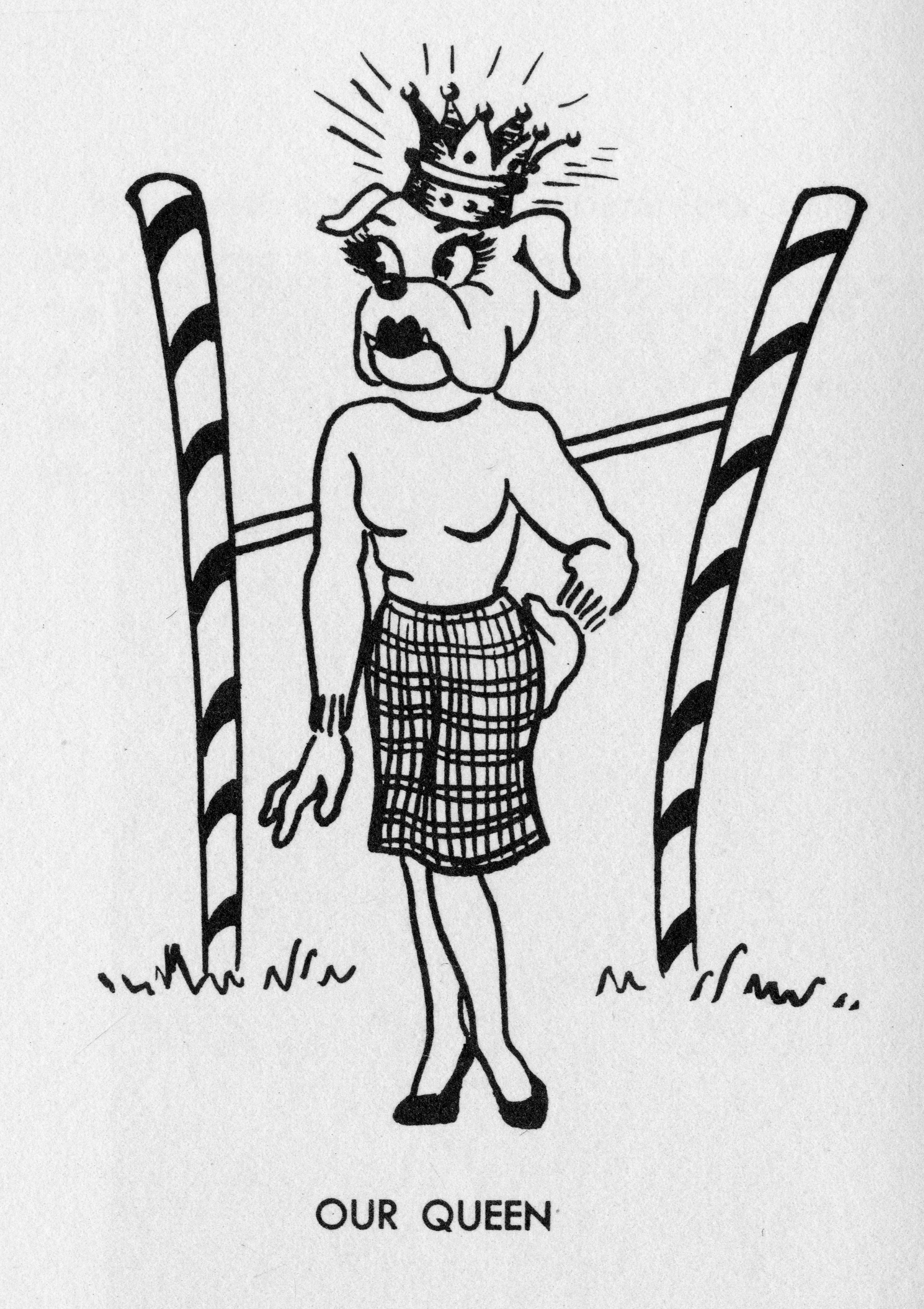 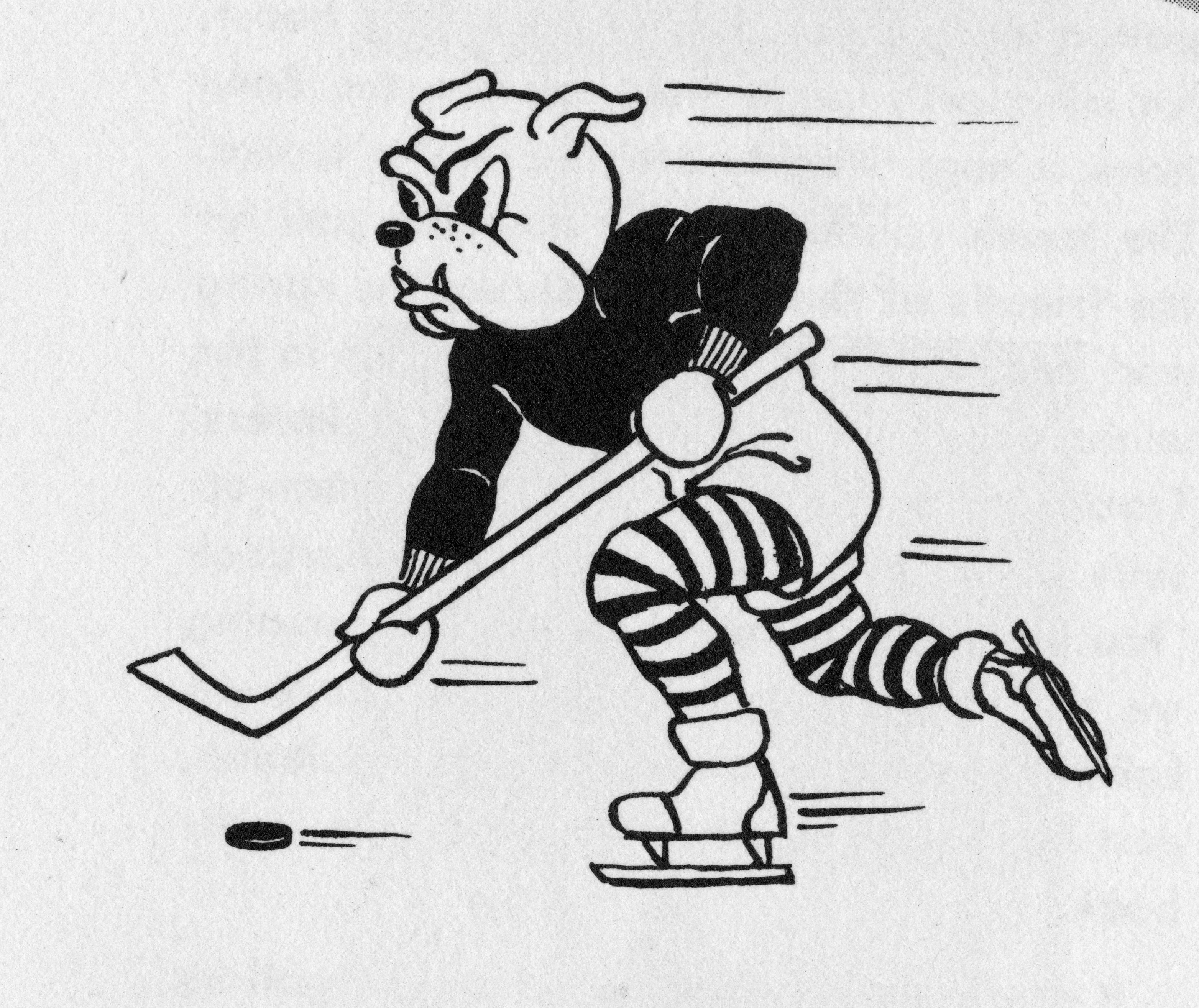 These characters fill the pages of the 1947 Chronicle, which also had a bulldog on the cover. Chronicle 1947 (both cover pages and individual drawings). 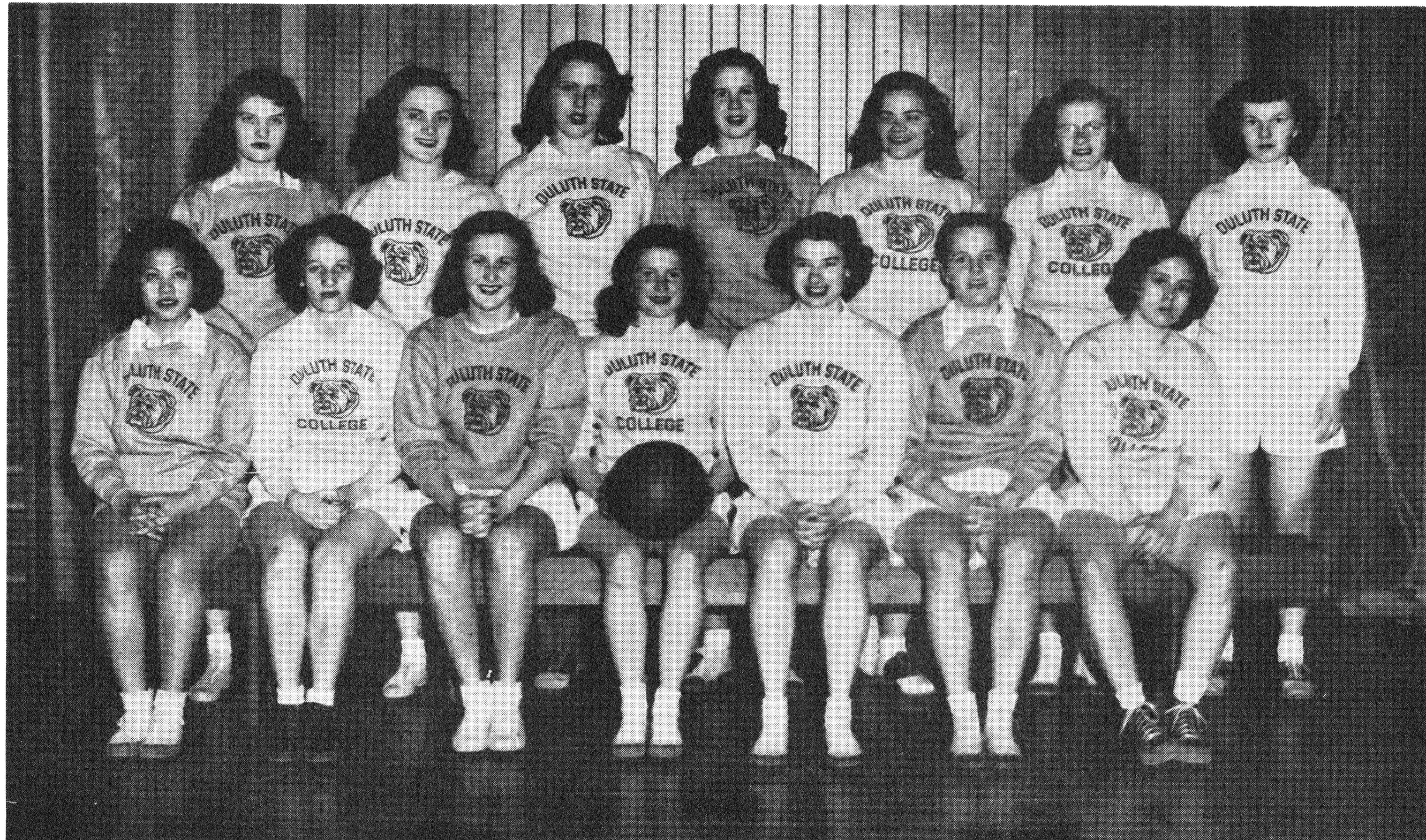 The DSTC women’s basketball team had bulldog heads on their sweatshirts. This photo appeared in the 1947 Chronicle. 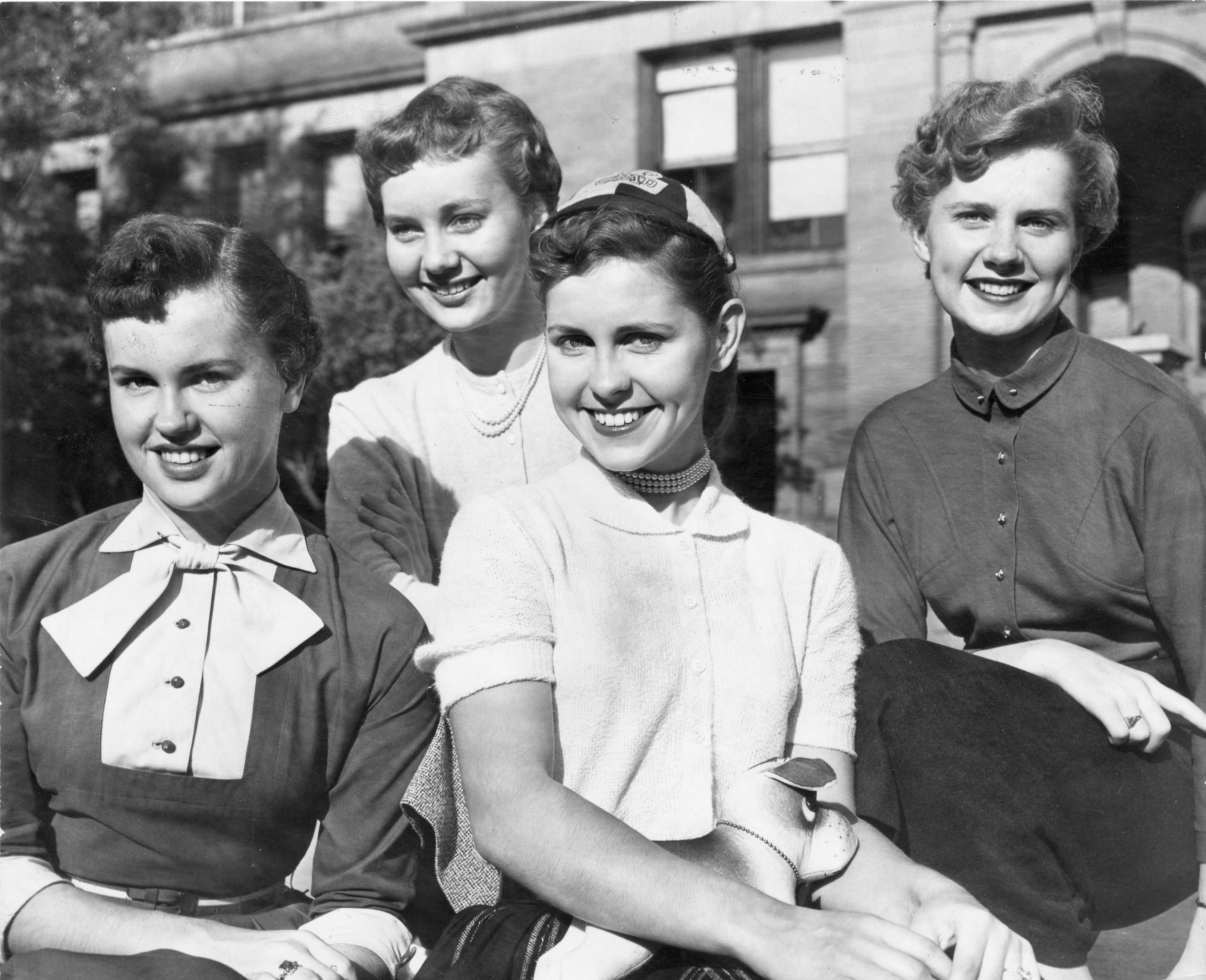 The 1954 Freshman Princess (second from right) holds a toy bulldog. 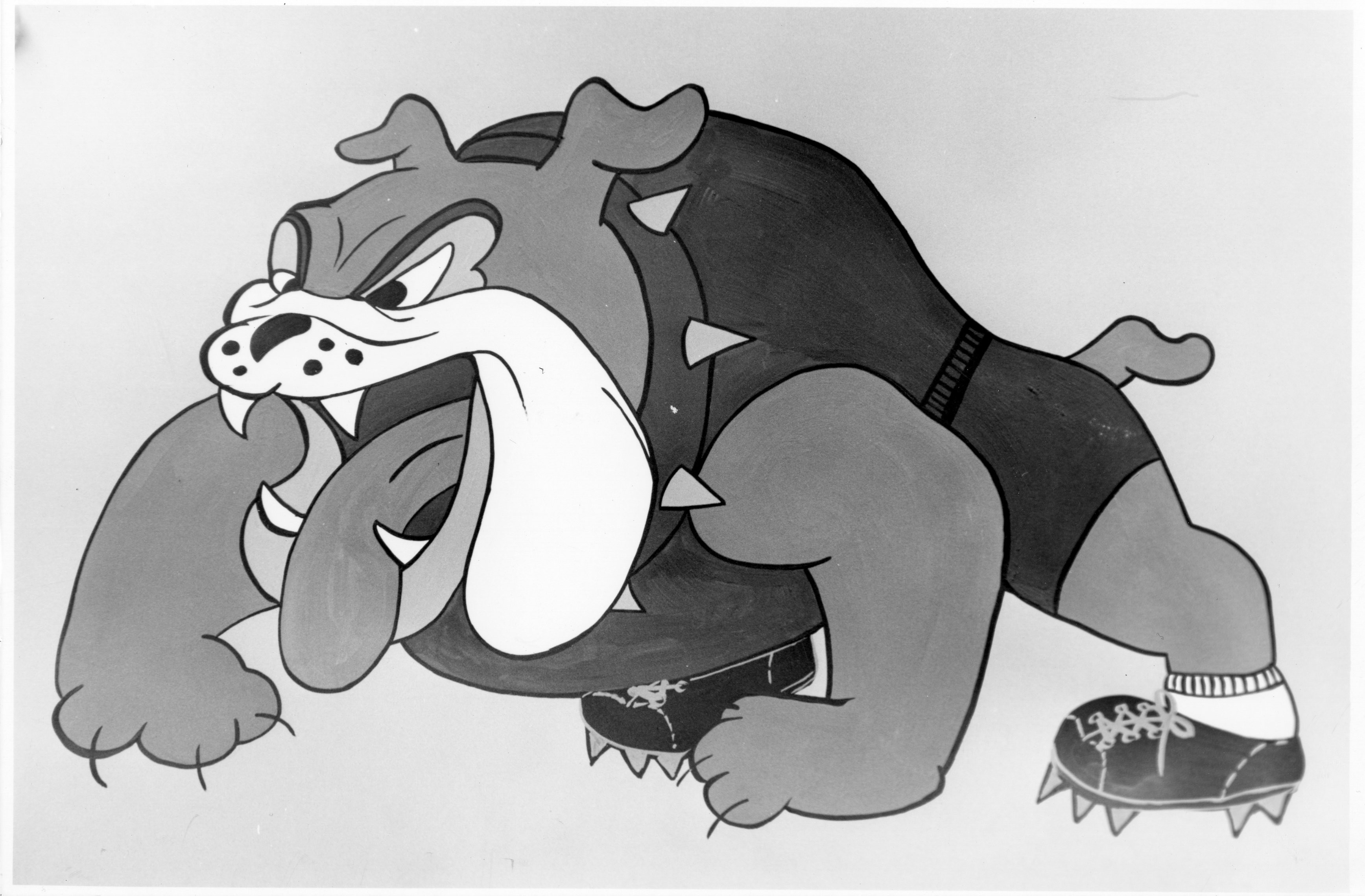 Undated photo of a Bulldog drawing. 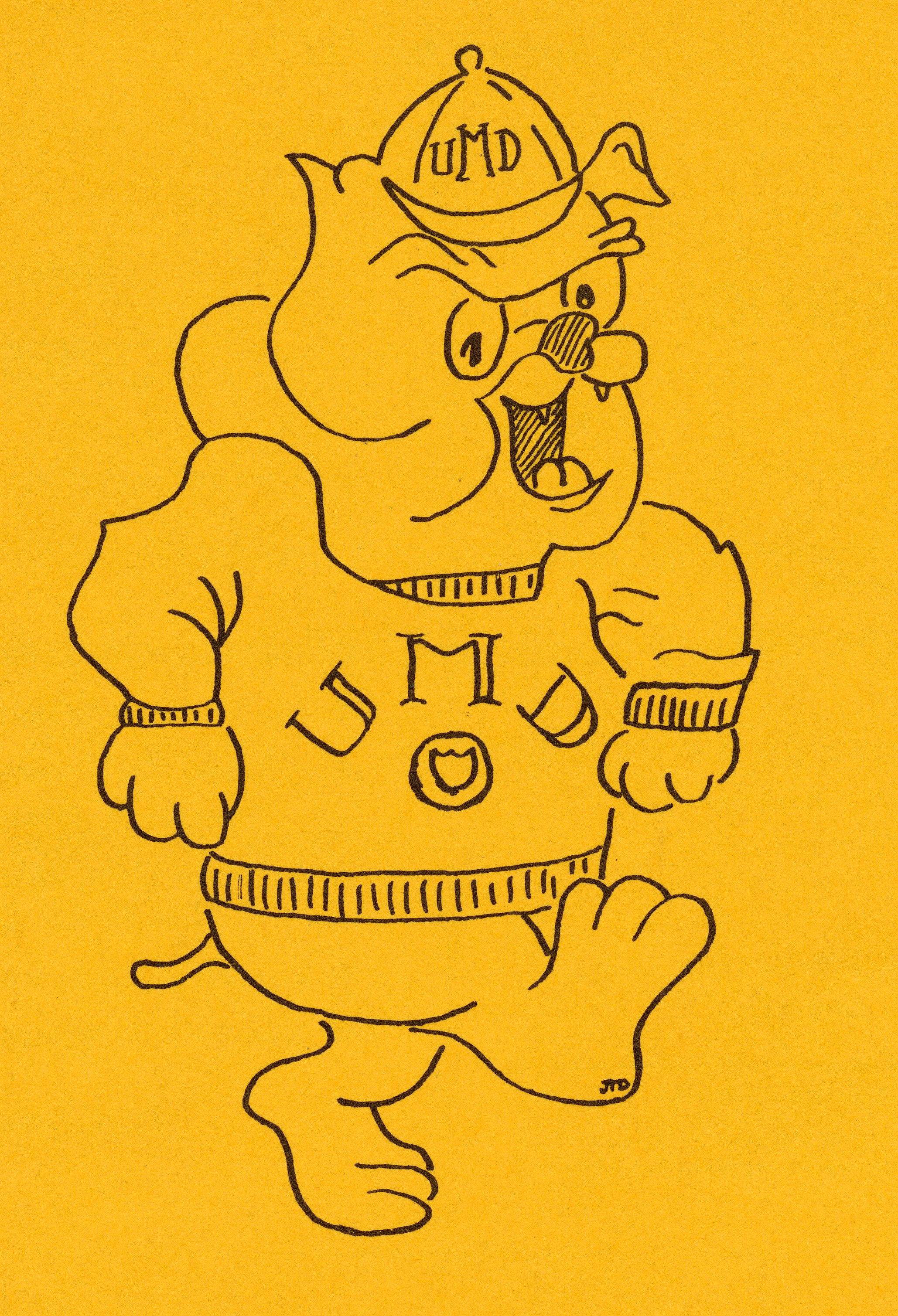 This bulldog, similar to the Vicky cartoon that appeared in the new student handbook, was on the cover of the 1966-67 Buzz Book. Buzz Books were a directory with names and photos of incoming freshmen. 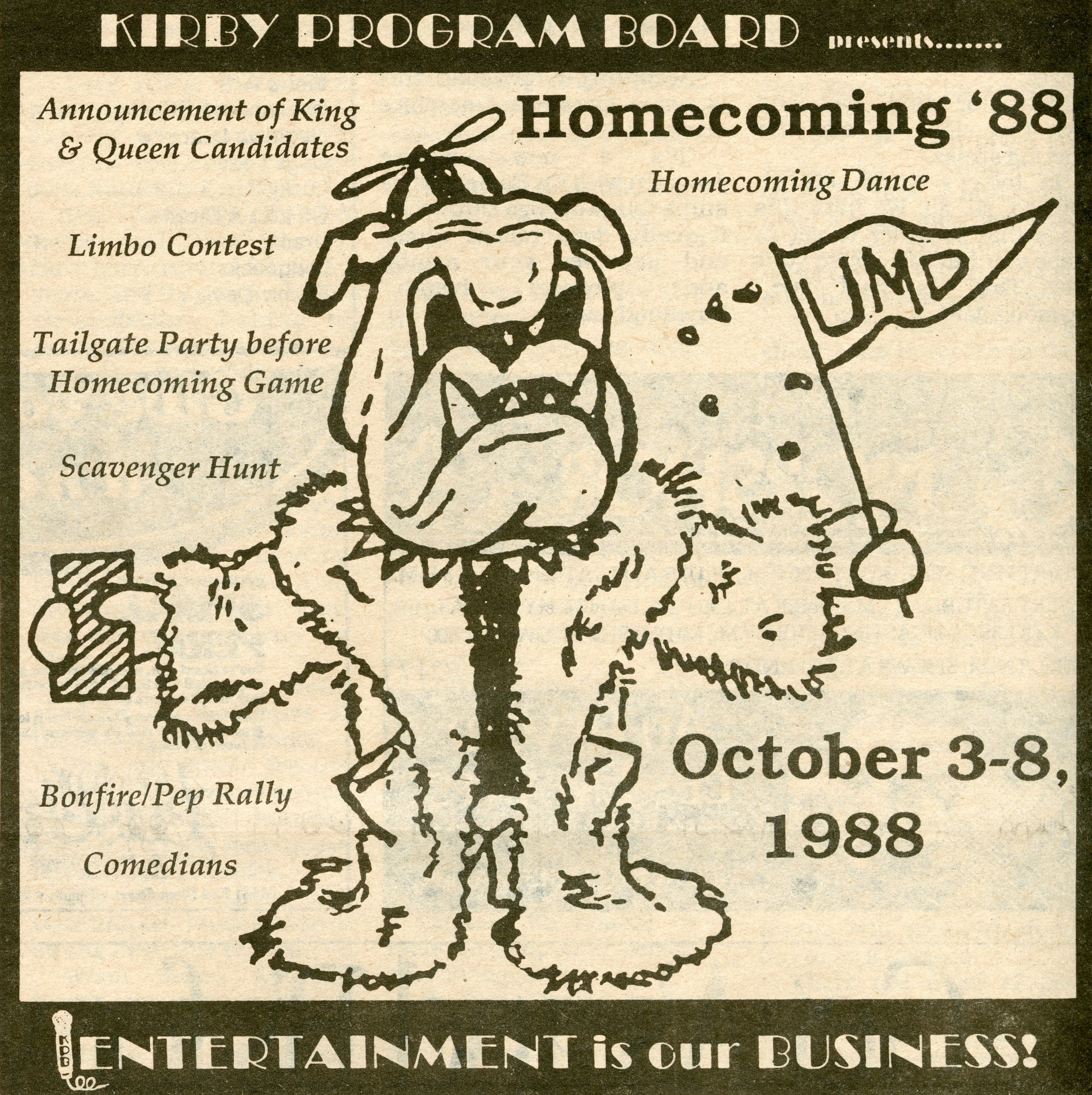 This festive Bulldog advertised Homecoming 1988 activities in the UMD Statesman. 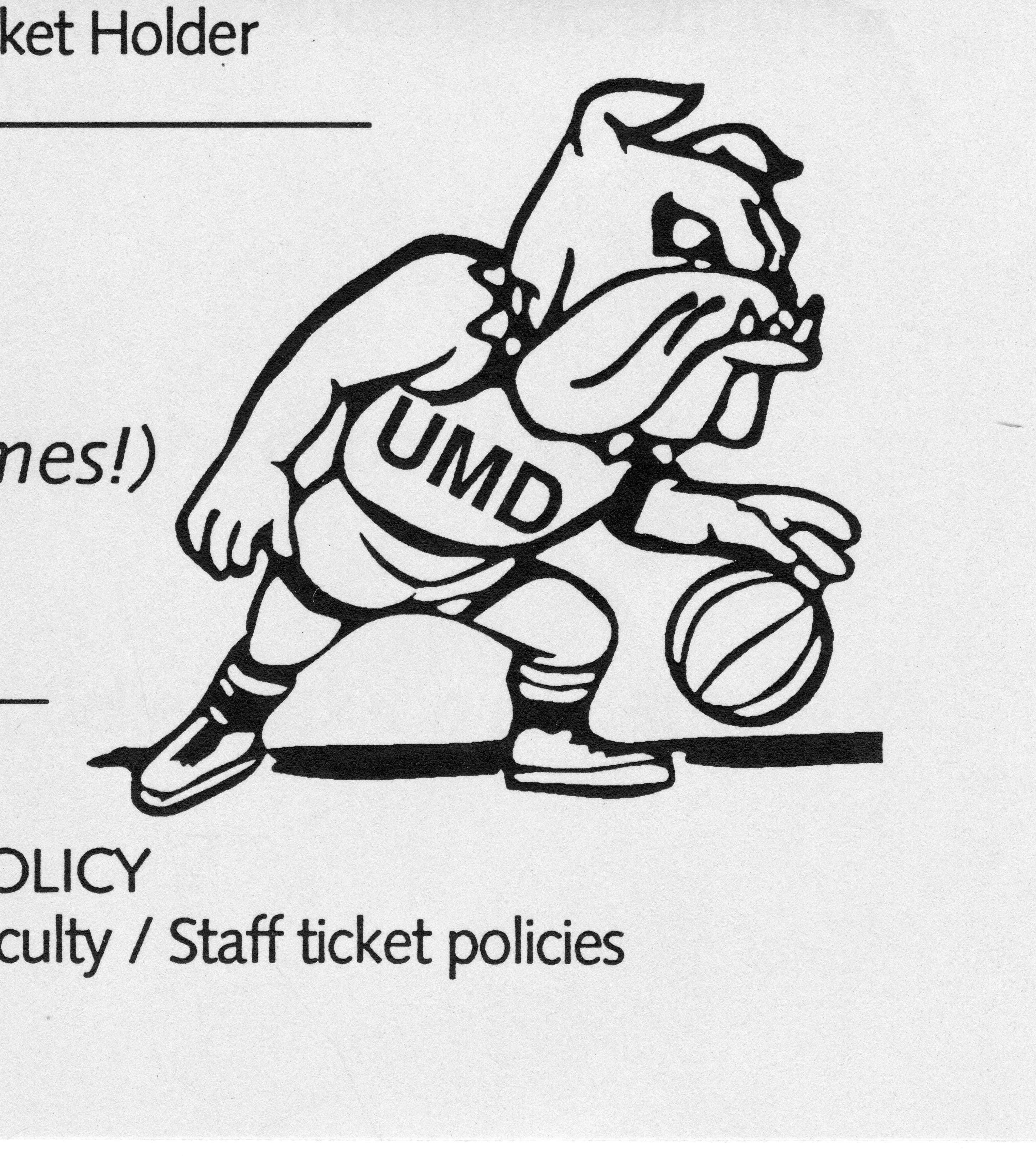 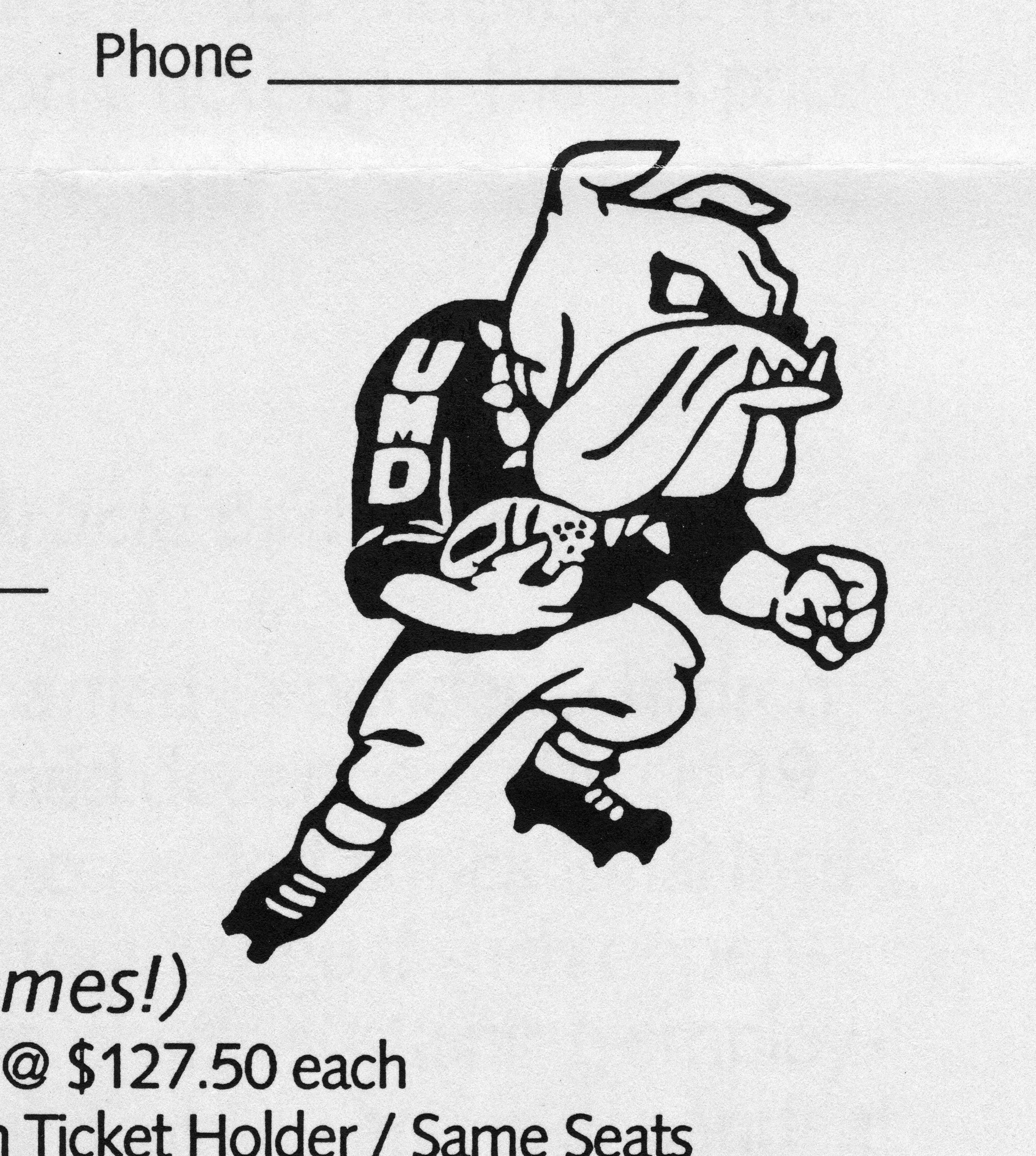 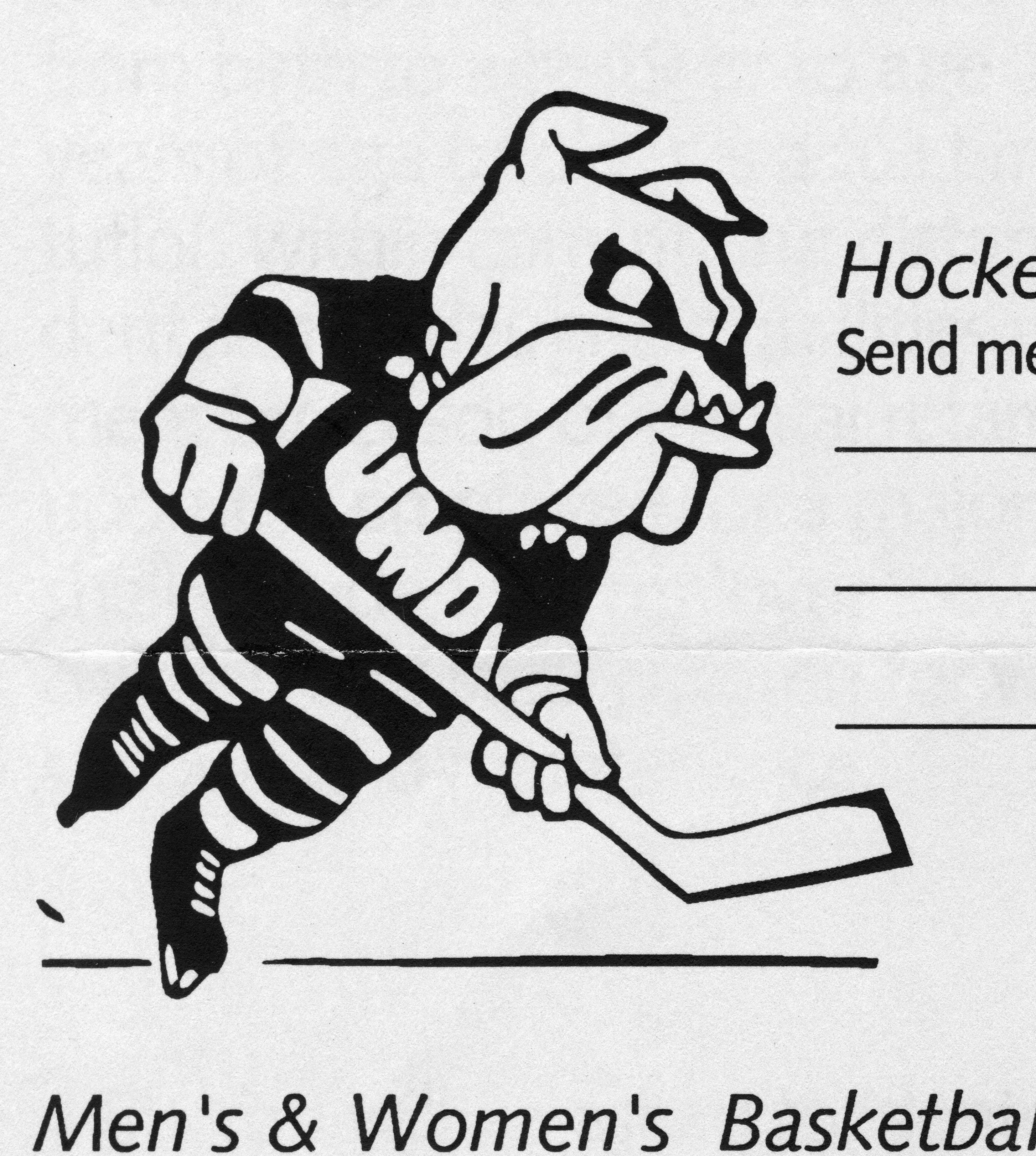 These bulldogs appeared on season ticket advertisements in 1991. 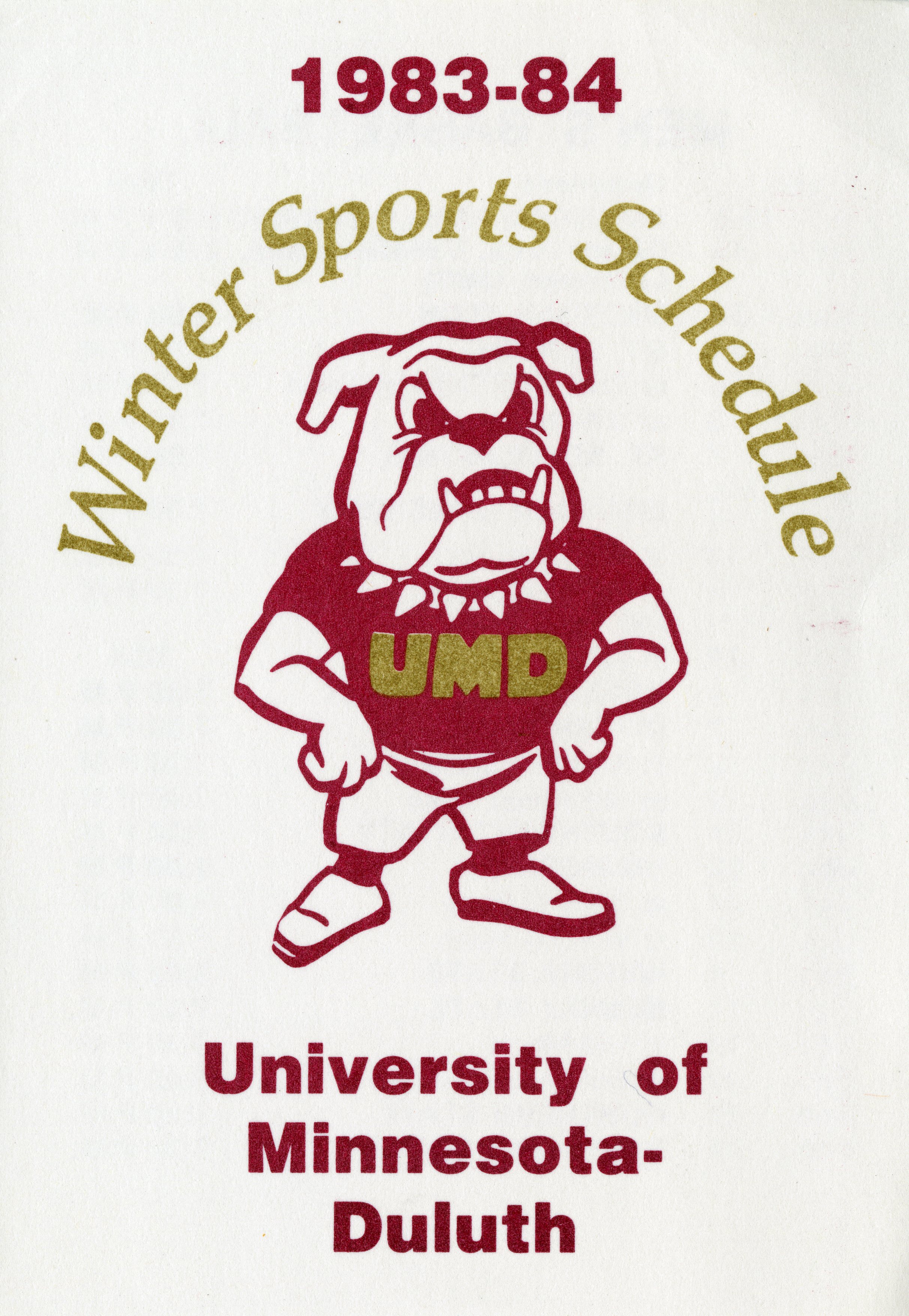 The forward-facing bulldog was popular from the mid-1970s to the early-1990s. 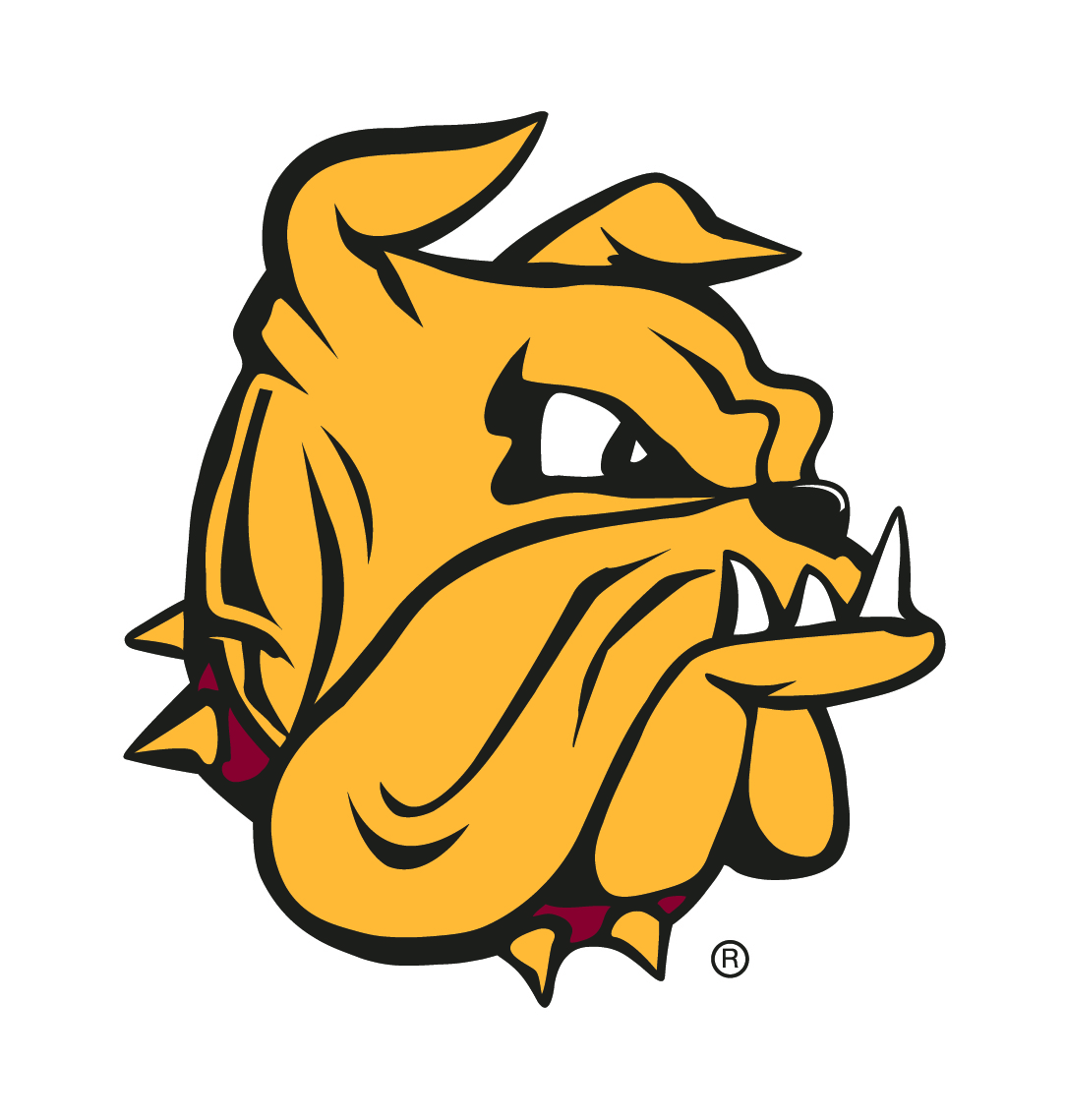 Jesse Bodell updated the bulldog logo to its current design in 1998.