The current mascot costume has been around since at least 1990, but there were two earlier versions. The first costume made its debut at a basketball game against Concordia College on February 21, 1959. Through the 1980s, the mascot actor was generally considered part of the cheerleading squad. 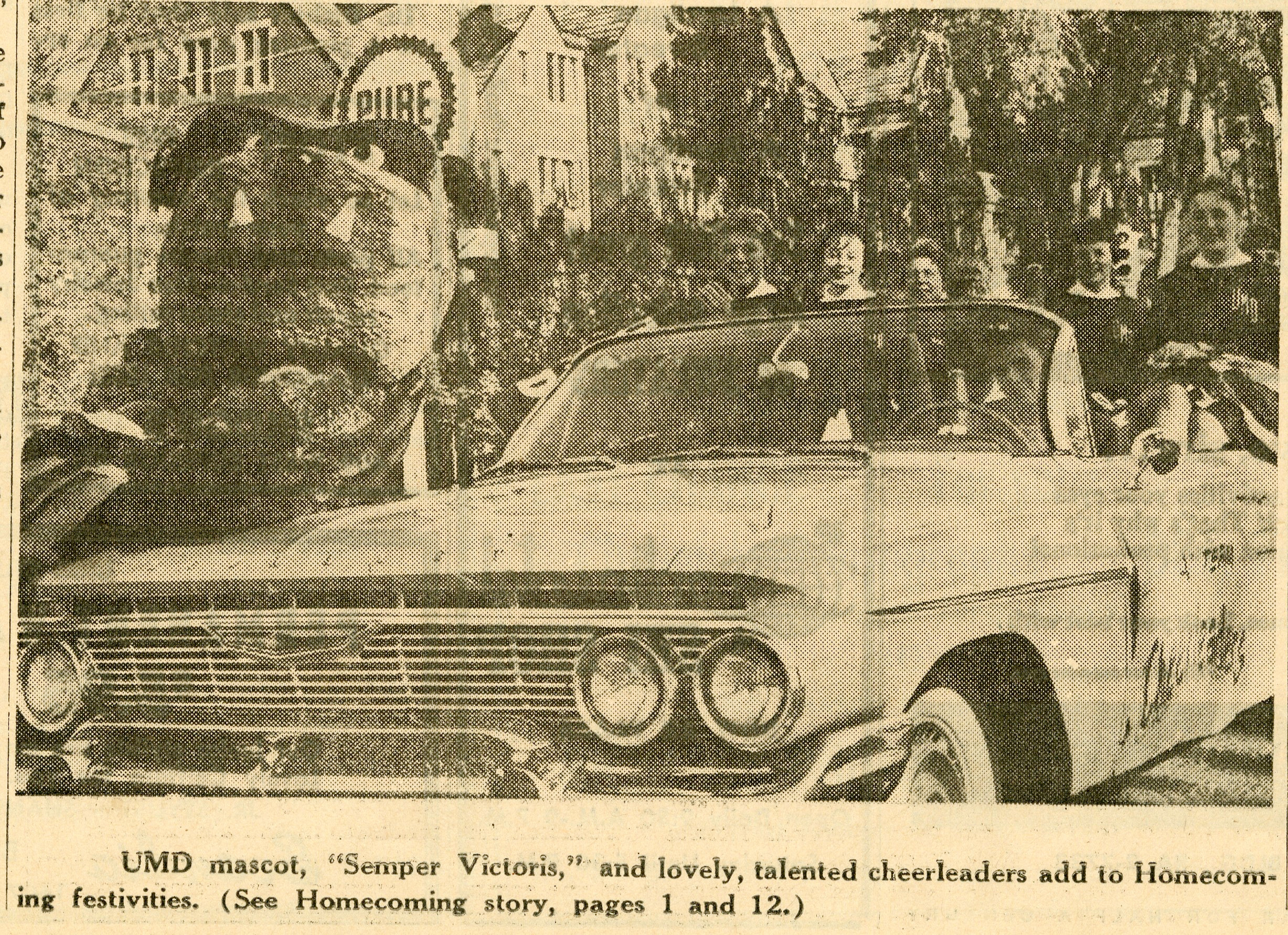 UMD’s first costumed mascot poses with cheerleaders in the 1962 Homecoming parade. This photo appeared in the October 19, 1962, UMD Statesman.

The mascot, seen here at Griggs Field, wore a large head and a long fur coat. Photo by Ken Moran. 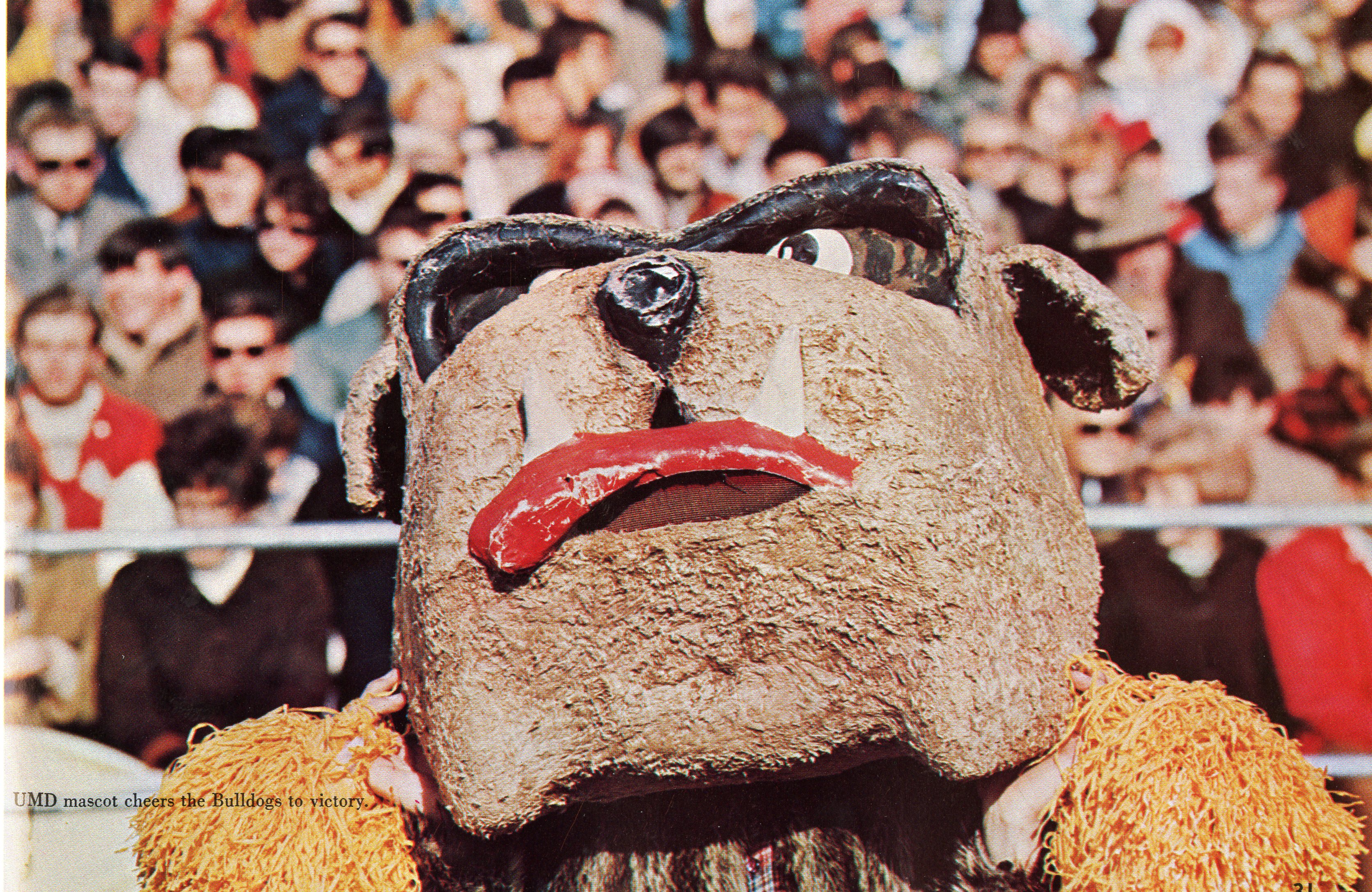 This photo of the mascot appeared in the 1968 Chronicle. 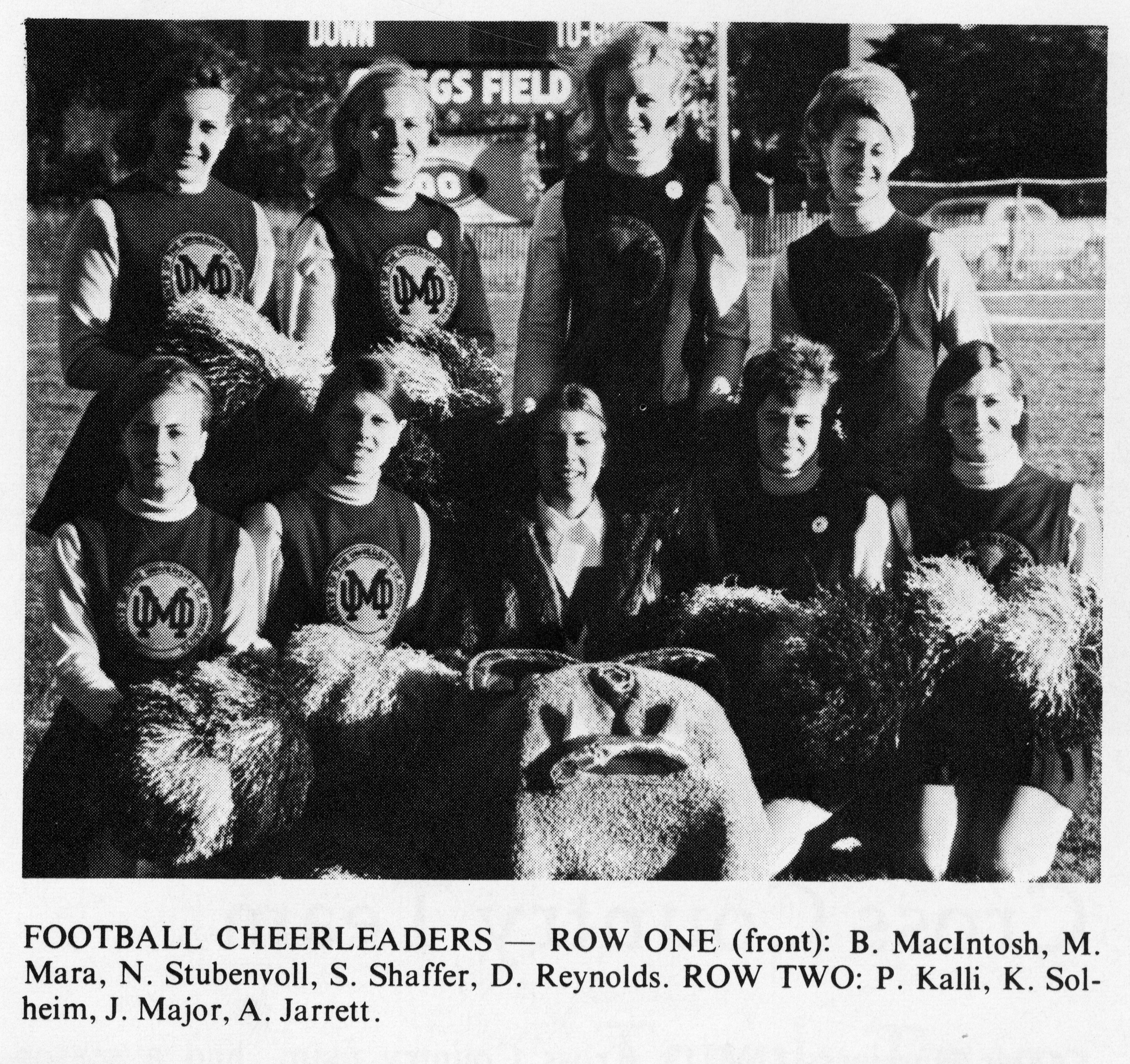 Cheerleader Nancy Stubenvoll was the mascot actress in 1969-70. This photo appeared in the 1970 Chronicle. 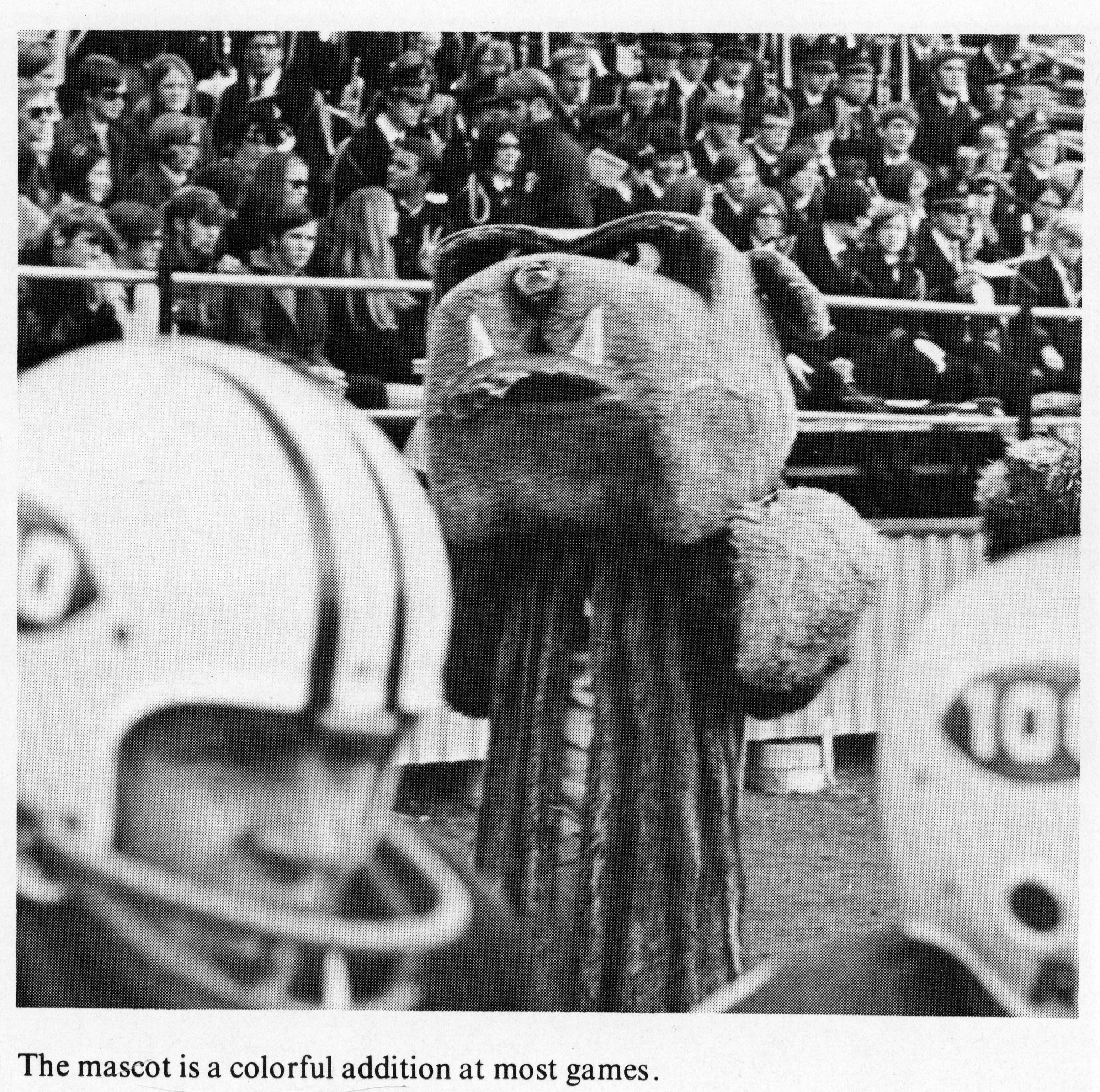 The mascot entertains fans at Griggs Field. This photo appeared in the 1970 Chronicle. 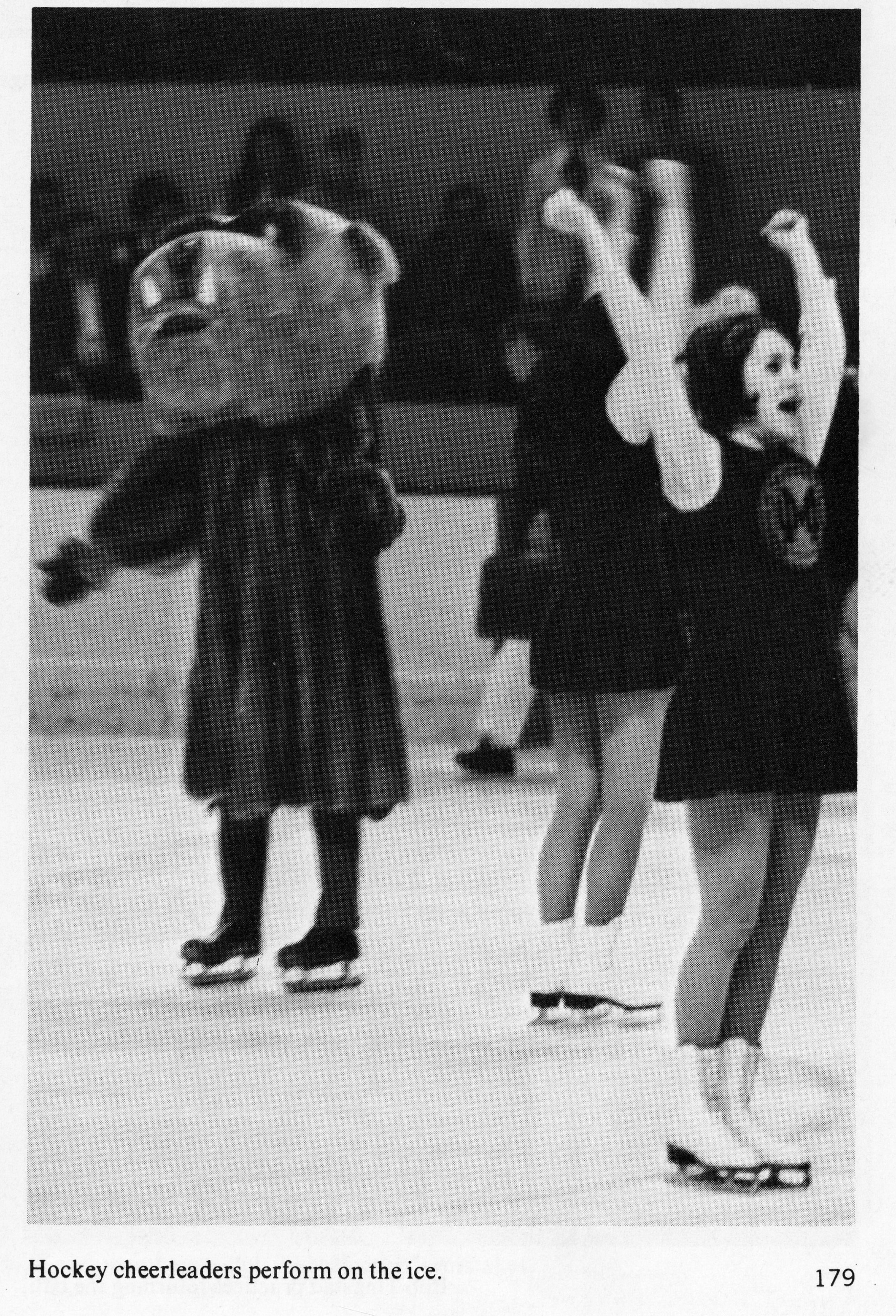 The mascot skates with cheerleaders at a hockey game. This photo appeared in the 1970 Chronicle. 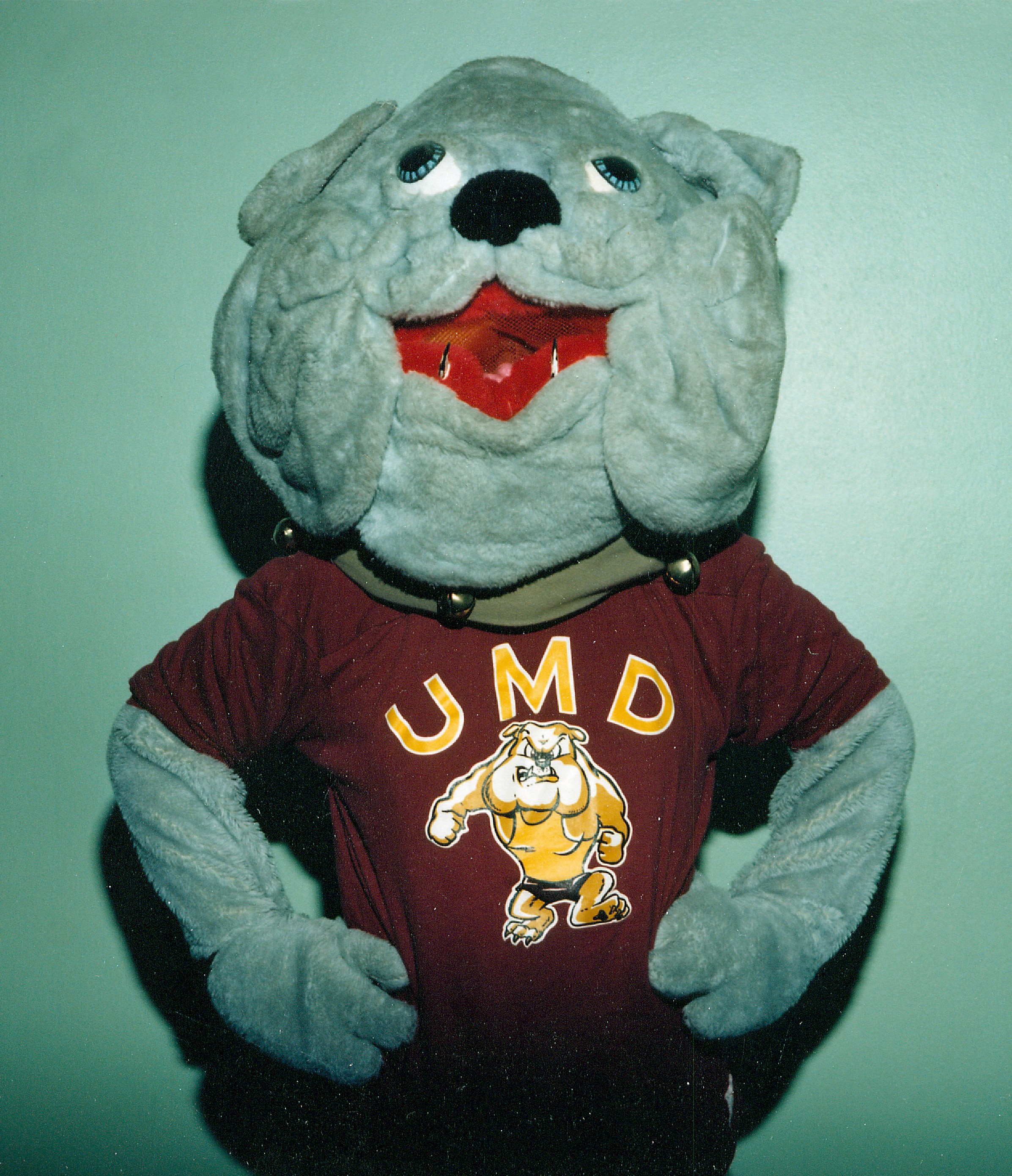 The bulldog mascot in the 1980s. Courtesy of Cheryl Reitan. 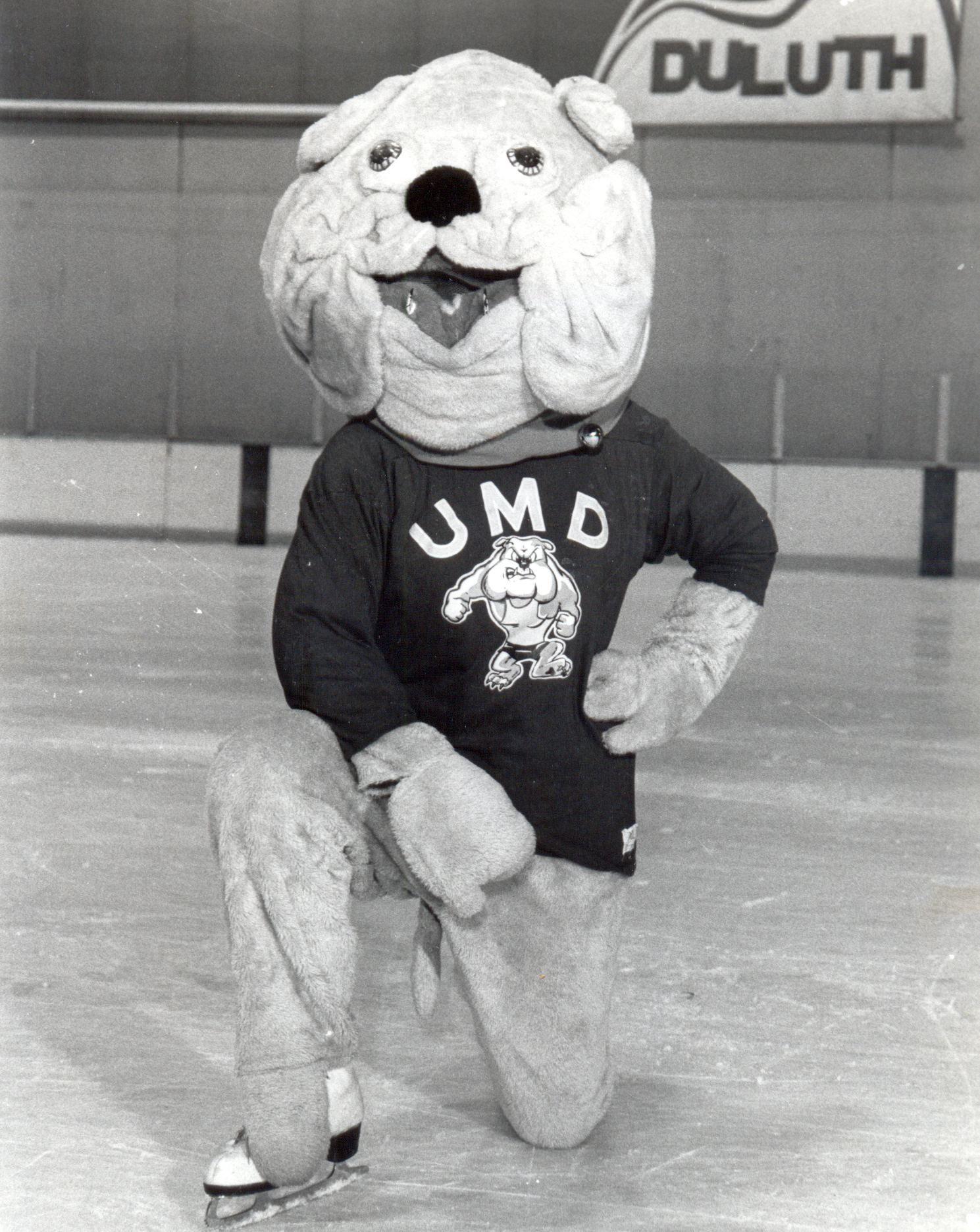 This mascot costume was worn in the 1970s and ‘80s. Courtesy of UMD Athletics. 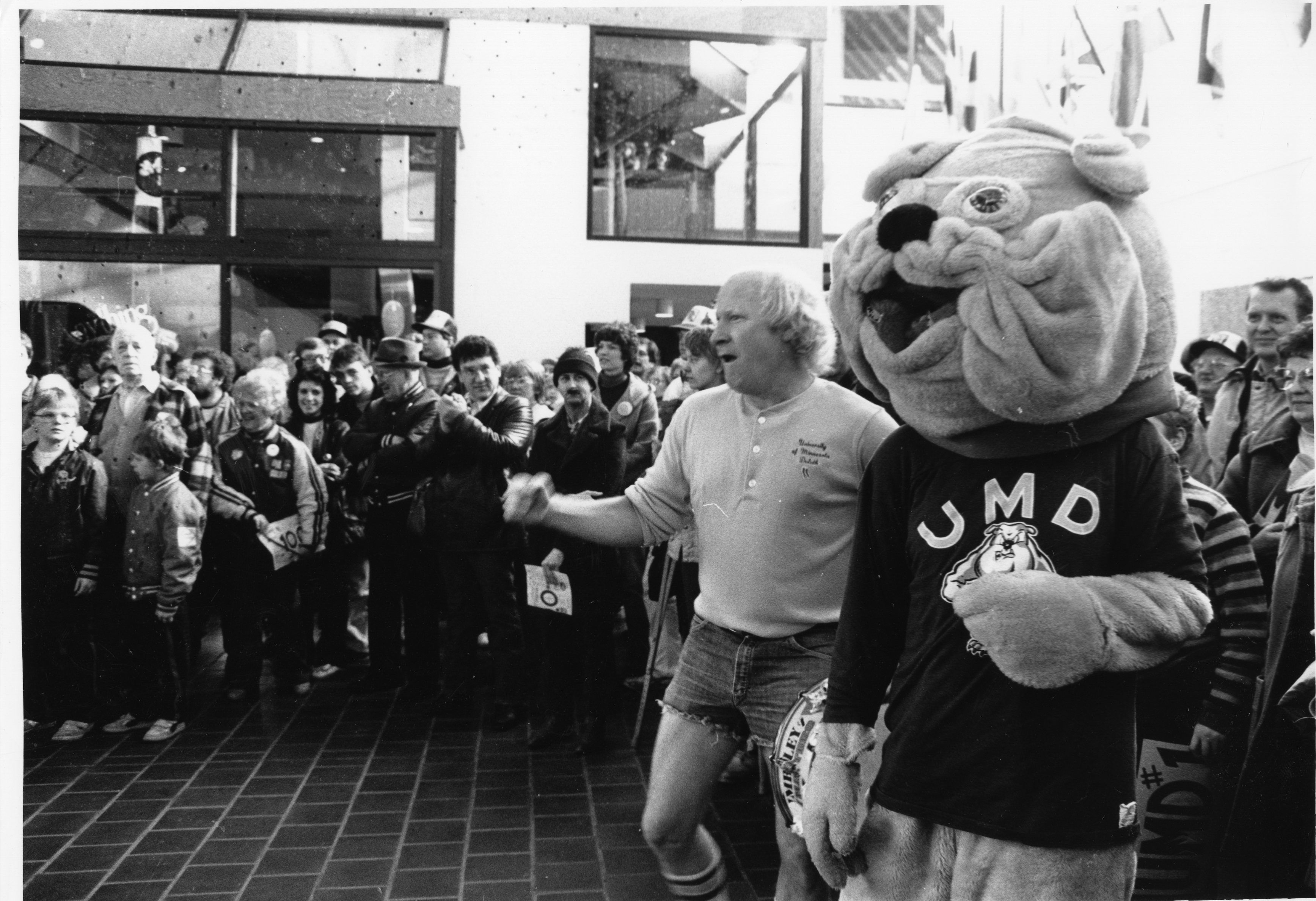 Professional cheerleader Krazy George Henderson stands next to the UMD mascot at the downtown Holiday Center in 1984. 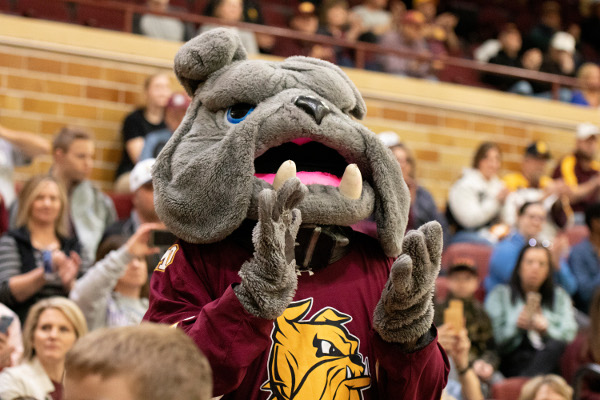 Champ cheers on the Bulldogs at Romano Gymnasium. Courtesy of UMD Athletics.