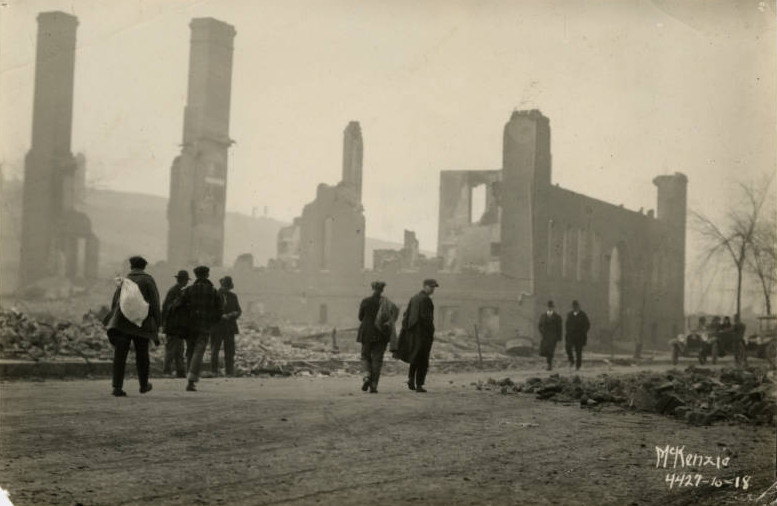 In the first weeks of October of 1918, two fires ignited by sparks from trains began near Cloquet and Moose Lake. On October 12 and 13, these fires grew quickly, and tore through the Cloquet, Moose Lake, and Duluth area, virtually obliterating thirty-eight communities and 1,500 square miles. More than 450 people were killed outright, 52,000 more were injured or displaced, and property valued at upwards of $73 million was destroyed. The fire has been called the worst natural disaster in Minnesota history.

2018 marks the 100th anniversary of the Fires of 1918. Use this guide to find historic resources on the fires and learn about events planned to commemorate this disaster.